Rabat - The 21st annual New York Sephardic Film Festival opened on March 5 with a focus on Morocco. The featured performance involved the Grammy-nominated group Innov Gnawa summoning the spirits of Shabbat with the Israeli Sephardic jazz musician Itamar Borochov; for the third year in a row, this cultural exchange happened thanks to the partnership with the Mimouna Association, a grassroots Moroccan organization which introduces Jewish culture to Muslim university students. 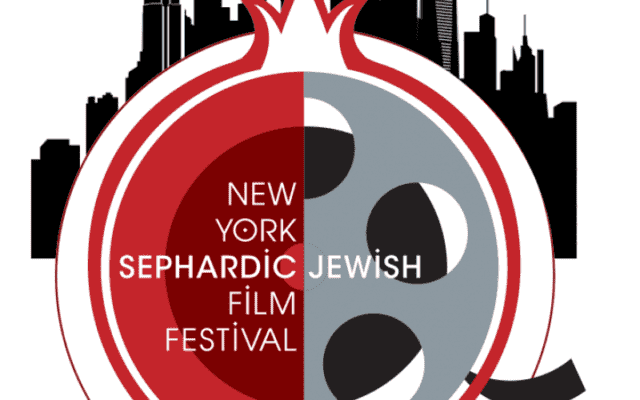 By
Irina Tsukerman
-
Irina Tsukerman is a New York based attorney, whose focus is on assisting human rights defenders, liberal democratic dissidents, and persecuted minorities, and who frequently writes about security issues, human rights, international affairs, and geopolitics.
Mar 12, 2018
Spread the love

Rabat – The 21st annual New York Sephardic Film Festival opened on March 5 with a focus on Morocco. The featured performance involved the Grammy-nominated group Innov Gnawa summoning the spirits of Shabbat with the Israeli Sephardic jazz musician Itamar Borochov; for the third year in a row, this cultural exchange happened thanks to the partnership with the Mimouna Association, a grassroots Moroccan organization which introduces Jewish culture to Muslim university students.

Gnawa music, which arose out of musical traditions of black Moroccans, and was adopted and adapted by Jews for post-Shabbat gatherings that would go on all night, is a novelty for most American Jews, even those who are familiar with the more general Moroccan musical tradition and who have had the occasion to see Gnawa groups perform all over Morocco.

The novelty of the beautiful costumes, and the creative fusion of the  Gnawa songs with  Itamar Borochov’s jazz performance should come as no surprise thanks to Morocco’s rich mosaic of cultures, and encouragement not of mere coexistence, but curiosity and mutual exploration of each other’s traditions by the people from various backgrounds – Arab, Amazigh, Jewish, black tribes from other African regions who have since added their touch to Morocco’s diversity. Already famous for preserving its multifaceted cultural identity at home, Morocco is also leading by example among other MENA countries.

Morocco’s leadership manifests in two ways: through the impact, its own culture has in other countries, and second, by promoting peace and good relations with other states through cultural exchanges and participation in other events.

Moroccan communities are strong and active in many European countries, but they are also making an impact in the United States. In New York, for instance, a community movement called Moroccan Americans in New York, led by Simo Elaissaoui, who was recognized at the Opening Night for his contribution to the monthly Jewish and Moroccan social networking dinners, is now an NGO that is working together to build bridges between the Moroccan American community in New York and other groups, including American Jewish professionals, as well as doing broad cultural outreach by introducing Moroccan culture to the diversity of the busy city life.

Despite being thousands of miles away from Morocco, the community spirit, values, and connection to their culture is strong and carries the message of openness and warmth wherever these communities settle. For that reason, Moroccans are also successful messengers of peace and bridgebuilding wherever they go.  In fact, this year, American Sephardi Federation, which is the organizer of the film festival, made history by successfully nominating two young Moroccan filmmakers to the Jerusalem Film Festival study program. They will spend 6-8 weeks learning and shooting short films in Israel over the summer. The films will then be presented at the next NY Sephardic Film festival in 2019. Moreover, the opening ceremony, held in the spirit of Moroccan tolerance, honored the Golden Globe-winning Franco-Tunisian director Said Ben Said with a Pomegranate Award for Moral Courage in response to his valiant stand against Jew-hatred in the Arab world.

Mr. Ben Said, in a conversation, explained that his strong opposition to anti-Semitism arose as he grew up as a minority in France, and came to feel a sense of solidarity with other such groups, including Jews. He made it clear that he views much of the hatred aimed at Israel not as a form of support for Palestinian aspirations to statehood, or empathy for their suffering (for there is no mass outrage about the fate of the Palestinians trapped in refugee camps in Syria, for instance), but rather, hatred of Jewish presence in the Middle East. In his acceptance speech, he quoted Kafka’s response on that issue, which compared Zionism to a caravan peacefully sojourning to its destination. Kafka contrasted it with the virulent forms of extreme and ethnocentric European nationalism which contributed to the major wars plaguing the 20th century. Some would say, that such a presentation was political and therefore controversial. However, Morocco had sent an official representative to be at the event, who, along with officials from a number of other countries, correctly understood Ben Said’s message – political disputes, however, heated, should be settled without besmirching entire nations with hateful and defamatory messaging, nor should political conflicts between governments be an impediment to cultural exchanges between their peoples.

Among MENA states, Morocco, again, is a leader in underscoring that cultural and athletic exchanges are not a place to resolve external political issues, but rather moments of bonding, learning, and friendly competition. In an inspiring lesson of true sportsmanship that places merit above propaganda and political agendas, Morocco hosted a world championship tournament in judo in Agadir, where two Israelis won medals. A female judoka took home the gold, and was allowed to display the Israeli national flag, while the Israeli anthem:”HaTikvah” played during the ceremony. This event is monumental, because it showed Morocco’s growing leadership, strength, and security as a rising star in Africa and an increasingly influential MENA country.

Strong countries need not be afraid of athletes and other non-political figures visiting, partaking in cultural events – and even taking the risk of winning under their own flags, even when the governments of these countries are in dispute over some issue of considerable importance. The role of athletic events is precisely in overcoming such barriers. Nor should athletes who happen to be living in a particular state should be penalized for the actions of their governments.  Athletic competitions are the healthiest outlets for aggressive energy; just as cultural exchanges are much more preferrable fora to discuss controversial ideas than never-ending political battles, where all sides are compelled to play to public expectations of their constituents and agenda-driven groups, rather than to humanize one another and come to any sort of understanding. By refusing to boycott such events, or even hosting them, Morocco is accomplishing something important not just for herself but for all MENA countries looking to overcome past and present issues in dealing with each other, and sorting out various problems. It is setting an example of separating ideas from the people who carry them. That ability is what defines moderation, and what is unthinkable to extremists.

Blind hatred has never led to any resolutions of conflicts, any improvements in human rights, any growth in understanding. On the contrary, inability to view individual members of any particular group as individual human beings with motivations, aspirations, and interests apart from the larger goals of that group have only fueled continuous problems and separation. Engaging in a discussion or an exchange does not mean acceptance or agreement with any political agenda, or for that matter, any particular paradigm or idea. Yet for too long, conflicts in MENA have turned into total wars, which, rather than focusing on separating the politics from the human endeavors, conflated conflcts with complete dehumanization of all participants, sowing distrust, bigotry, and fear.

Morocco’s willingness to take steps which go far beyond what some of its neighors are willing to do, at a risk of raising eyebrows, is the only pragmatic solution to move past the endless and self-fulfilling need to nod to the public expectations and appearances and actually lead not only its own society, but all others hampered by misgivings and uncertainty, into a better direction. In essence, these steps have carved out a room where discussion of even the most controversial subjects is permissible, where openness to engage directly sets the tone for potential resolutions and creative ideas rather than talking past one another, and where the natural curiosity inherent to all human beings can finally satisfy itself through knowledge, learning, and experience rather than through rumors, conspiracy theories, fantasies, and distortions. We should be under no illusion that there is a quick fix to all of the current impediments to peaceful coexistence within MENA. There are far too many factors, issues, and questions to be addressed, too many decades of disinformation, misinformation, and accumulated biases.  However, the sowing of the seeds for growth is that first step that can bring about a journey of discovery and exploration, that will eventually lead to more and more people of various backgrounds coming together to resolve these issues rather than use them as weapons to perpetuate misunderstandings and tensions.

There was, however, one magic ingredient that should not be forgotten before any such serious discussion.

Moroccans know that secret well, and for that reason, their efforts in coexistence have been so successful.

That secret is… plenty of good food and laughter. Before entering the auditorium to listen to all the speeches,  we ate copious amounts of delicious Moroccan food, drank Moroccan tea, partook in henna decorations, flaunted caftans, and mingled in a relaxed setting – meeting each other, talking, laughing, taking pictures, and seeing incredible opportunities for a rich, fascinating, and joyous future together.

Only after we were satiated and not a crumb was left, did we get to the presentations. And it went very well.

The lesson in that, of course, is first – if you want a great event, make sure to invite Moroccans. Not only will they show up, and be present in every moment, but you will have plenty to talk about and remember for years to come.

And… never engage in any serious discussions or controversies on an empty stomach. Moroccans know that, and for that reason, they lead the way. Full people are happy people, and happy people make things happen. Moroccan opening night was a spectacular success thanks to its many partners – Association Mimouna, the Consulate General of Morocco in New York, and of course, Morocco Tourism Office… and it was but just one of the many more great events to come. Now when people hear Morocco, they no longer ask me about safety issues or express fear… they are starting to think of good food, of great music, of natural diversity, and of openness… and they want to come back for much more. 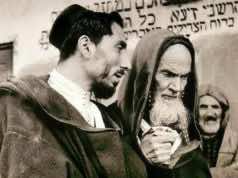 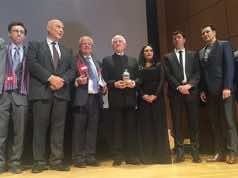