Rabat - After months of reported policy difference between President Trump and Secretary of State Rex Tillerson, the rift reached a point of no return this week, with Trump publicly announcing at a press conference that he has decided to outs Tillerson from his post as the U.S.’ top diplomat. 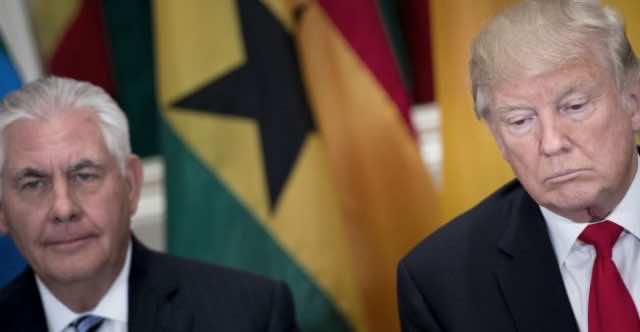 Rabat – After months of reported policy difference between President Trump and Secretary of State Rex Tillerson, the rift reached a point of no return this week, with Trump publicly announcing at a press conference that he has decided to outs Tillerson from his post as the U.S.’ top diplomat.

“I am proud to nominate the Director of the Central Intelligence Agency Mike Pompeo, to be our new Secretary of State,” Trump said in his statement, praising his new man’s professional and academic records, and saying that he will be “a great Secretary of State.”

Trump nominated, in the same move, Gina Haspel as the replacement for Mike Pompeo’s previous position, therefore elevating Haspel as the first ever woman director of the CIA.

So Tillerson, who recently brought his Africa visit to an abrupt end to fly home, had after all been recalled home in order to be ousted from his position. Sources close to the White House reported calling Secretary Tillerson to advise him to rush back as he would soon be replaced.

And while Trump said at today’s press conference that he had discussed his decision with former Secretary of State, Tillerson’s spokesperson Steve Goldstein is adamant that he [Tillerson] is “unaware of the reason” that motivated Trump’s move, as “he did not directly speak to the president.”

But Trump later explained why he “sacked” Tillerson, pointing towards their differences on various policies and strategic issues: “It was a different mindset,” Trump said. He added: “When you look at the Iran deal, I think it’s terrible. I guess he thought it was OK. . . So we were not really thinking the same. With Mike, Mike Pompeo, we have a very similar thought process. I think it’s going to go very well.”

However, Trump’s abrupt move, as always, met with some harsh criticisms, accusing the president of hunting down difference of opinions and those committed to high standards in his administration, favoring “men and women” who see the world as the president does, and who would almost never challenge or disagree with him.

Some on the internet are already using the nickname Rexit to refer to how rapid and unforeseen and quite out of sense the whole process was unfolded to the public.

Tillerson was an unapologetic critic of a scores of Trumps’ foreign policy positions, including, among others, the Iran deal, the Paris climate deal, and most recently Trump’s breakthrough towards holding negotiations with North Korea, and as Trump prepares to see through his North Korea plan, Tillerson became a possible hindrance to quickly sideline. 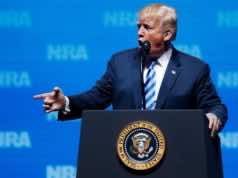 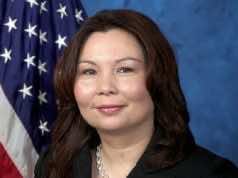 U.S. Senator Asks a Trump Administration Official if Morocco is a “shithole” Country