Rabat- Taoufik Bouachrine’s wife, Asmae Bouachrine, has broken her silence to speak about the alleged sexual crimes directed against her husband in an interview given to Moroccan news outlet Goud.ma. 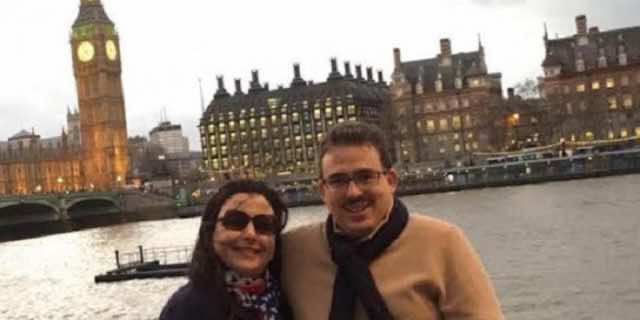 Rabat- Taoufik Bouachrine’s wife, Asmae Bouachrine, has broken her silence to speak about the alleged sexual crimes directed against her husband in an interview given to Moroccan news outlet Goud.ma.

“Of course, I will remain in solidarity with my husband, 1000 percent,” said Asmae, adding that she demands a thorough investigation, which will be both beneficial for her husband and the victims.

“My husband is not above the law, nor the other way around.”

When asked about what she thinks about what has been happening recently, she responded that the case remains “mysterious” and “subject to rumors.” “But it does not bother me, I know myself and I know Taoufik too.”

“We must first know if these videos are true or edited, and know the person who filmed them;it is impossible for someone to be filmed in his office in such situations […] I should be brainwashed to believe that it is Taoufik who installed the cameras, ”  said Asmae.

Bouachrine’s wife also denied allegations that she asked for a divorce. “These are just lies. We are going through a difficult time, and we do not know what the future holds. People have to respect our lives and the lives of girls,” referring to the alleged victims.

Bouachrine will appear before the court on March 15 for the second time after his first hearing, which took place on March 8.

Bouachrine, who was arrested on February 28, is facing charges of sexual harassment, sexual violence, and rape. The police claim to be in possession of 50 videos backing the charges facing the prominent journalist, suggestinghinted that the videos were recorded by Bouachrine himself.