Rabat - The campaign to decide who will host the 2026 World Cup is going to get very interesting. FIFA's member associations are set to vote on a site at a June 13 gathering. 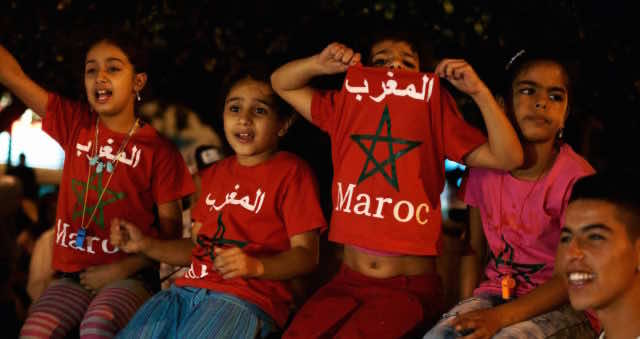 Rabat – The campaign to decide who will host the 2026 World Cup is going to get very interesting. FIFA’s member associations are set to vote on a site at a June 13 gathering.

Morocco is in competition with a joint bid from Canada, Mexico and the United States to host the month-long soccer tournament. Identified by some as a heavy odds-on favorite to win the right to host the tournament, there is now a perception that the US-led bid is “in jeopardy.” Perception is sometimes reality, sometimes not. The June 13 vote is in many ways an election, with grand promises of stadiums filled to capacity, high TV ratings, and lucrative corporate sponsorships. Vote counting and arm-twisting often go hand in hand in any election campaign.

FIFA’s Congress includes 211 member soccer federations. None of the four bidding nations can vote during the selection vote so the winning bid will need to attract 104 votes. Both the Moroccan and the North American joint bid will emphasize their respective strengths, and perhaps also play up the drawbacks and challenges of the rival bid.

As the vote nears, three concepts will inform both bids. Both sides will spin these factors to their advantage.

The 2026 FIFA World Cup will include 48 teams, up from 32 teams for the 2018 and 2022 tournament.  The North American bid will highlight the fact that the US has dozens of large recently built stadiums to host World Cup matches. Canada and Mexico will likely provide three to five additional large venues in total. Interstate highways, stadiums with comprehensive satellite TV resources, countless hotel rooms and a nearly full embrace of the sharing economy in which countless soccer fans will be expecting to couch surf or utilize Airbnb. Lots to like.

Morocco’s bid will feature the less is more concept. A lean compact tournament that would serve in stark contrast to FIFA’s previous obsession with the big and the expensive. Flight times within Morocco would not be more than 90 minutes between any two stadium sites. More time to rest and to play for players and fans. Modular lean stadiums that are relatively quick to assemble. This is an important concept as international sports associations and nations are beginning to consider affordability and rationality in stadium construction. In one interview, the chair of Morocco’s bid committee, Moulay Hafid Elalamy, promised “no dirham will be spent if it cannot ultimately serve the population.”

Additionally, currency exchange hassles for fans would be significantly less during a Morocco World Cup. Visually, Morocco packs a lot into its California-plus-sized landscape. Coastal metro areas like Rabat, Casablanca and Tangier easily connect with regional centers like Marrakech, Fes, and Oujda. Train service in the kingdom reaches nearly all proposed stadium sites.

FIFA relies on the World Cup tournament to generate a large portion of its revenue and yearly income. The 2014 World Cup in Brazil earned FIFA around $2.6 billion, a vast majority of which came through TV broadcast rights and sponsorships. The North American bid will highlight the fact that the three nations comprise nearly half a billion people. The US economy is the largest in the world and Mexico is the 11th most populous country in the world. The opportunities for new corporate sponsorships are significant, particularly since FIFA has struggled recently to land new high-profile sponsors. North America is a vast underutilized resource in regards to FIFA sponsorship opportunities.

Morocco is on Greenwich Mean Time (GMT), a big advantage for TV broadcasters for the many millions of soccer fans across Europe, the Middle East and Africa who would watch games live during lucrative and optimal late afternoon and evening hours. Five thousand miles and more than a billion people away southward in Africa, Cape Town is just two hours ahead of GMT. If the North American bid were selected, millions of viewers would likely be watching games televised at midnight or later. European television markets would provide significant revenue to FIFA during a Morocco World Cup.

Equally important, a North American World Cup would mean a significant increase in television broadcasting revenue for FIFA and TV networks from an American market that now has 20 soccer teams playing in the professional MLS league.

If Morocco is selected, numerous European and African teams would likely enjoy the luxury of practicing in their home training facilities during the run-up to the tournament.

Both bids will promote the collaborative nature of their bids but in slightly different ways. Morocco will highlight its bid as an African endeavor that will show the unity and growing prosperity that exists on the continent. The Confederation of African Football (CAF) is the largest (by membership) of the six continental soccer federations that constitute FIFA. Several African national soccer federations have come out publicly in support of Morocco’s bid, including neighboring Algeria. CAF head Ahmed Ahmad has said recently that Morocco’s bid has a larger meaning for the continent: “Africa is a family and has a solidarity culture which we must see during the voting.”

Lots of extraneous noise and peripheral issues will surround the selection campaign over the next three months that may help or hurt one bid or another. Regionalization and the quest to promote equitable development opportunities beyond a north-south paradigm, President Trump’s global image, the true opportunity costs of building sports tournament infrastructure for short duration events, Morocco’s image within a vast diverse continent that stretches 5,000 miles from Tangier to Cape Town, FIFA’s past history of graft and lack of transparency. All this and more for 80 games spread over 32 days.

Perhaps its best if FIFA’s member associations follow the advice given by CAF president Ahmad Ahmad during a recent press conference held in Casablanca: “Let the best bid win.”