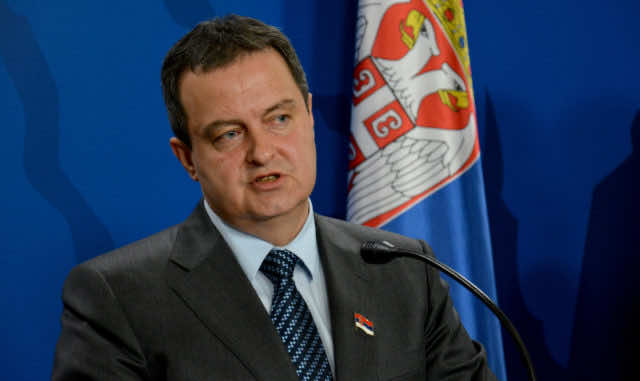 The two cooperation agreements focused on the fields of diplomatic training and culture.

Following the talks with the Serbian minister, Bourita said that there has been a “positive momentum with Serbia” this year, through visit exchanges, regular contact, and the organization of cultural events, adding that the second session of their joint committee will focus on economic and trade cooperation, occurring before the end of the year in Morocco.

The Serbian diplomat said that the joint committee should be held as soon as possible, with a view to developing economic cooperation between the two countries, adding that this cooperation has great potential, particularly in the fields of agriculture, energy, and new technologies. He also announced that Morocco will be the guest of honour at the International Book Fair in Belgrade.

Dacic added that in addition to mutual respect for territorial integrity, Serbia fully supports all negotiations and efforts for peaceful, durable, and diplomatic solutions to any conflict, under the auspices of the United Nations.

“We think that the autonomy proposal (in the Sahara) submitted by Morocco falls fully and perfectly within this framework,” he said.

“It is for this reason that the two countries are mutually supporting each other within international organizations, as both are eager to see the issues resolved through dialogue and peaceful means,” Dacic added.

The Serbian official also expressed his gratitude to Morocco for its support of the territorial integrity of Serbia.