Rabat - In an excerpt of an interview with Moroccan news outlet Hespress, Bashir al-Dakhil, one of the founders of the Polisario Front said that Sahrawis in the southern provinces are benefiting from the ongoing Western Sahara conflict. 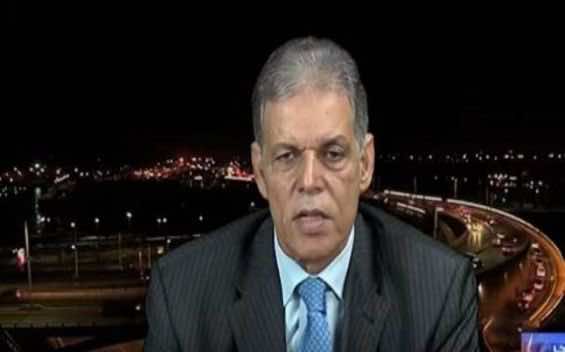 Rabat – In an excerpt of an interview with Moroccan news outlet Hespress, Bashir al-Dakhil, one of the founders of the Polisario Front said that Sahrawis in the southern provinces are benefiting from the ongoing Western Sahara conflict.

Al-Dakhil told Hespress that some officials, including parliamentarians and their relatives “take advantage” of the Sahara conflict with the separatist group, “given the privileges they enjoy and the wealth they have been receiving since the establishment of this separatist front in the 1970s.”

According to the founder of Polisario Front, the principles of accountability and responsibility, which King Mohammed VI stresses as essential to the constitution in all his speeches, “ha[ve] not yet reached the Moroccan Sahara.”

Referring to another recent publication by Hespress about regional communities in Morocco’s southern provinces, Al-Dakhil said that there are several “fake counties in the region, which are draining the money of the Sahara in the Boujdour province, an area in the economic region of Laayoune-Sakia El Hamra.

“The southern provinces suffer from many issues related to governance due to the complete control over the decisions by the officials, without a participatory approach that would engage the population with proposals to solve the issues of concern” in the region, said Al-Dakhil.

In the interview, Al-Dakhil also criticized government subsidies to the Sahara, calling for authorities to defend the territorial integrity of the Kingdom with conviction, not benefits.

The founder of the separatist movement criticized the lack of involvement of the Sahrawi population in defending the issues that the region faces.

Al-Dakhil, however, described Morocco’s strategy to involve the regional presidents–Sidi Hamdi Ould Errachid of the Laayoune-Sakia El Hamra region and Yajna Khattat of the Dakhla-Oued Eddahab region–in the meeting held with the UNSG Personal Envoy of Horst Kohler as a “positive step to overcome the diplomatic loopholes that led Morocco to face many disappointments.”

Al-Dakhil also discussed the ongoing “war” initiated by the separatist group to challenge Morocco’s legitimacy in Sahara, after failing in its political and legal process at the international level.

Speaking about Algeria and its motives for supporting the separatist group, Al-Dakhil said that “Algeria does not want the independence of the Sahara.” Al-Dakhil also quoted former Algerian president, Houari Boumediene, who once said, “We will make the Sahara issue a stone in Moroccan shoes.”

Algeria has been a long-time supporter of the Polisario Front and its claim over the Sahara, reiterating their support for the separatist front, which has demanded the right to self-determination and independence since its formation in the 1970s