Rabat - King Mohammed VI has once again expressed his confidence in Africa, describing it as a land of opportunities that should be maximized in service of the development of the continent. 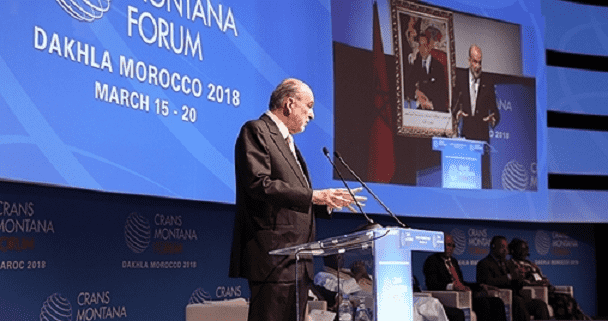 Rabat – King Mohammed VI has once again expressed his confidence in Africa, describing it as a land of opportunities that should be maximized in service of the development of the continent.

In a statement devoted to the continent during the fourth edition of the forum, which kicked off in Dakhla today, the monarch underscored the importance of the leading role of the African continent on the world stage.

In a statement read by President of the Dakhla-Oued Eddahab Region Ynja Khattat, King Mohammed VI lauded the forum, which takes place in the city of Dakhla annually and is attended by high-level officials from around the world. The King has also highlighted the importance of the city of Dakhla, which “has special significance in the history of Morocco,” said the message.

“Thanks to its unique position, it serves as a strategic link between the Kingdom and regions and countries further south in Africa.”

The King expressed his pride over the forum, which “has developed considerably and gained renown with each meeting.”

The event, held under the theme “Africa and South-South Cooperation,” convenes world-renowned officials and business stakeholders to address the challenges faced by the continent and discuss opportunities that would contribute to African development.

According to the King, the event is now the “must-attend international event that brings together high-level political decision-makers, representatives of the business community, intellectuals, and civil society activities from all walks of life and opinion makers from all corners of the world.”

Youth of Africa are the Continent’s Future

The King reaffirmed his remarks on empowering Africa’s youth, emphasizing that the development of the continent as whole hinges on African young people.

The royal message underscored leadership on the continent, labeling it the home of opportunities.

“Africa is 30 million square kilometers of opportunity,” the King said, adding that the continent has the youngest population in the world.

The royal message added that Africa’s future depends on its youth as they will represent “an enormous asset.”

The King, therefore, called on Africans, “especially young people to mobilize resolutely and effectively in order to rise the nagging challenges our continent is faced with and to embrace the dynamic of shared growth.”

Despite Strengths, Africa Faces Many Challenges

The King mentioned the challenges that are faced by the continent, despite the natural resources required for sustainable development, and yet African populations are suffering from poverty and marginalization in the global economic system.”

According to the King, the continent is experiencing a “paradox”: although it has all the means and assets required for sustainable development, it “needs new, collective types of organization for local administrative and management purposes.” He continued, “It is with that in mind that I have decided to put advanced regionalization at the heart of my country’s economic development model.”

Participants at the previous edition described the event as “an opportunity to promote peace and dialogue,” hailing the modern infrastructures in Dakhla as “a model for the future of Morocco and Africa.”

The Crans-Montana Forum is ongoing, March 15-20.