Rabat - Rainy weather persists across parts of Morocco this weekend, with cold temperatures on the Atlas reliefs, according to the National Meteorological Directorate. 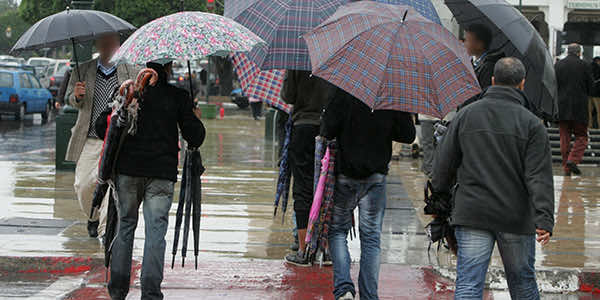 By
Staff Writer
-
Mar 18, 2018
Spread the love
Rabat – Rainy weather persists across parts of Morocco this weekend, with cold temperatures on the Atlas reliefs, according to the National Meteorological Directorate.

It will be mostly cloudy with possible rain in Tangier, the Rif, the Mediterranean coast, the north-west plains, the High and Middle Atlas and the surrounding areas.

Cloudy weather with the chance of occasional rain is expected near Essaouira and northward.

Minimum temperatures will range from -1 to 4 degrees Celsius on the reliefs of the Atlas; from 4 to 9 degrees Celsius in the Rif, the east, the phosphates plateau and Oulmes.