Rabat - Morocco will build nine new stadiums, and renovate the five existing ones if the country wins the right to stage the 2026 World Cup.

Rabat – Morocco will build nine new stadiums, and renovate the five existing ones if the country wins the right to stage the 2026 World Cup.

In a presentation for the press on Saturday in Casablanca, Chairman of Morocco’s 2026 World Cup Bid Committee Moulay Hafid Elalamy announced that the country must have 14 stadiums to stage the world tournament. The country has pledged a budget of USD 15.6 billion in order to prepare to host the World Cup.

According to Elalamy, USD 3 billion will be exclusively dedicated to stadium building and renovation.

The committee also released the designs for stadiums, one of which will the serve as the 93,000-seat home for the national soccer team in Casablanca. The facility would also host the opening and final games during the 2026 World Cup.

Stadiums with a 46,000-person stadium capacity will be also built in Oujda and Tetouan, according to the bid committee. Other new stadiums of similar capacity are planned for Casablanca, Marrakech, El Jadida, Meknes, Nador, and Ouarzazate. 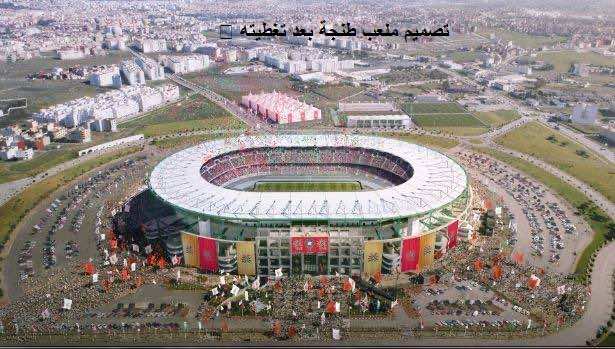