Rabat - Nigeria has officially stepped back from signing the framework agreement for establishing the African Continental Free Trade Area (ACFTA) after many Nigerian labor unions warned against the deal’s consequences on the local economy.

Rabat – Nigeria has officially stepped back from signing the framework agreement for establishing the African Continental Free Trade Area (ACFTA) after many Nigerian labor unions warned against the deal’s consequences on the local economy.

Nigerian authorities released an official statement on Sunday, saying that Nigerian President Muhammadu Buhari will not attend the African Union (AU) summit in Rwanda this week, just one day prior to the opening session of foreign affairs ministers on Monday morning at the Kigali Convention Centre. The purpose of this meeting was to review the draft of the Continental Free Trade Area Agreement ahead of its signing during the Extraordinary Summit of the African Union scheduled for Wednesday.

“Mr. President will no longer be travelling to Kigali for the event because certain key stakeholders in Nigeria indicated that they had not been consulted, for which reasons they had some concerns on the provisions of the treaty,” read the statement by Tope Elias-Fatile, the foreign ministry spokesman.

“This is to allow more time for input from Nigerian stakeholders,” it added.

Buhari was expected to travel to Kigali on Monday, where 53 other African countries gathered to authorize the ACFTA, initiated by the African Union in 2012, with the aim of establishing a unified free trade market for goods and services. This agreement would  designate the continent the largest free trade area created since the formation of the World Trade Organisation.

According to the Chairperson of the African Union Commission, Moussa Faki, the African Continental Free Trade Area “will also strengthen Africa’s position in global trade.”

The agreement was approved by the Federal Executive Council (FEC) last Wednesday after it said that the deal would boost the country’s export, “spur growth and boost job creation, as well as eliminate barriers against Nigeria’s products and provide a Dispute Settlement Mechanism for stopping the hostile and discriminatory treatment directed against Nigerian natural and corporate business persons in other African countries.”

However, Nigerian local labor unions strongly contested the deal, claiming that the agreement would cause harm to the local economy, and urged the president not to sign the convention.

The country’s highest labour body, the Nigeria Labour Congress (NLC) said the move may affect the nation’s manufacturing sector and lead to loss of jobs.

“We have no doubt that this political initiative will toll the death bells of the Nigerian economy,” Ayuba Waba, President of Nigeria Labour Congress (NLC) said.

Nigeria is Africa’s largest oil producer with a population of about 190 million participating in its vast fuel market. But the recent fall in oil prices has led to an economic recession, driving president Buhari to resort to protective economic policies, such as banning the import of many goods. 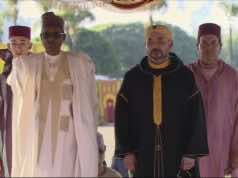 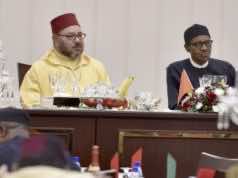 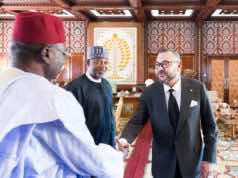