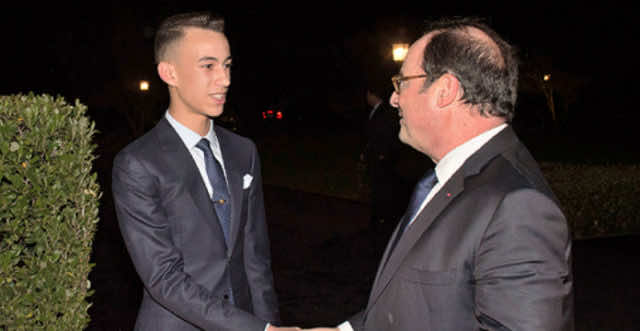 The former president paid a visit to Morocco following an invitation from the National Foundation of Museums, to lead a conference at the Mohammed VI Museum of Modern and Contemporary Art on the “culture and its role as a bridge between people.”

According to the news source, the visit will reaffirm the strong bilateral ties between France and Morocco.

Morocco’s King was the first international leader to meet with Hollande in his capacity as president of France.

Prior to this visit, Hollande has stressed the importance of consolidating the friendship and ties between Rabat and Paris.