Rabat - Moroccan player Achraf Hakimi is going to miss the two pre-World Cup friendly matches between the Moroccan national football team and Serbia and Uzbekistan, on Friday and Tuesday respectively. 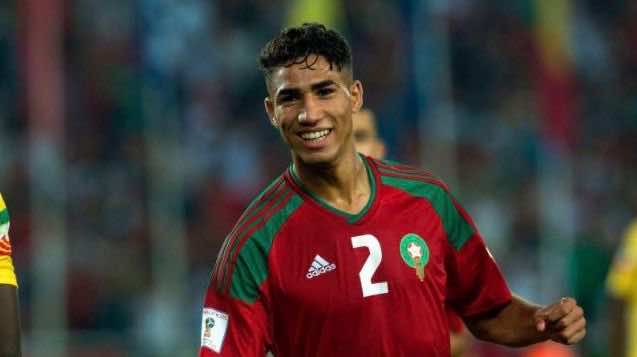 Rabat – Moroccan player Achraf Hakimi is going to miss the two pre-World Cup friendly matches between the Moroccan national football team and Serbia and Uzbekistan, on Friday and Tuesday respectively.

Following an injury he suffered during the first training session, the Real Madrid footballer underwent medical examinations. The doctor of Morocco’s national team, Abderrazak Hifti, later decided to send Hakimi back to Madrid to seek treatment.

After securing a place the 2018 World Cup for the first time in 20 years, the Atlas Lions’ Hervé Renard hopes to continue his winning streak.

To do so, the manager is relying on almost the same squad that secured the World Cup qualification with few additions. Ayoub El Kaabi is a 24-year-old forward with the RS Berkane local club in the Morocco Botola  league is the most important player that Renard added to his list of players. He was the top goal scorer during the recent African Nations championships, scoring nine goals throughout the tournament.

The Lions’ faceoff with Serbia will take place at 7:30 p.m., in the Stadio Olimpio Grande, in Torino, Italy on Friday, March 23. Next Tuesday, the Moroccan national team will play its second friendly match this year against Uzbekistan.