Rabat- Swedish Ambassador to Morocco Erika Ferrer has categorically denied false Polisario allegations claiming that the Swedish parliament will hold a session devoted to the situation in Western Sahara on Thursday, at the request of Swedish parliamentarians. 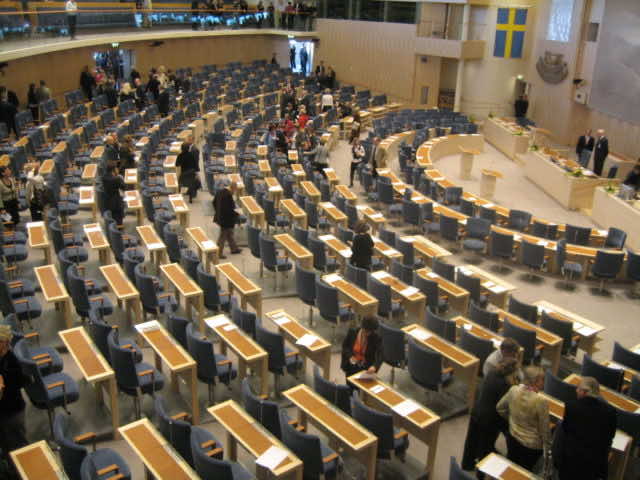 Rabat- Swedish Ambassador to Morocco Erika Ferrer has categorically denied false Polisario allegations claiming that the Swedish parliament will hold a session devoted to the situation in Western Sahara on Thursday, at the request of Swedish parliamentarians.

Responding to allegations, which spread on separatist-affiliated media, the ambassador said, “There will be no session devoted to the situation in the Sahara or around its resources at the Swedish Parliament.”

Morocco World News contacted the Sweden Embassy to Morocco to verify Ferrer’s statements and offer her an opportunity to respond. However, the Swedish diplomat chose not to comment.

Manipulation by Polisario sponsors, including Algeria, alleged that the Swedish Parliament would hold a session to discuss the situation in the Sahara and resources in the region, according to Moroccan newspaper Akhbar Al Yaoum.

The allegations came only a week after a meeting between the Personal Envoy of the United Nations, Horst Kohler, and Swedish Social Democratic politician Margot Elisabeth on March 17, to discuss the Western Sahara conflict.

In a tweet, Wallstrom wrote,“Important meeting with Horst Köhler, envoy on MINURSO and Western Sahara.” The Swedish official added that their meeting focused “on how to move the UN process forward towards a just and mutually acceptable political solution. Guaranteeing the rights of the people of W.Sahara.” She has also expressed her full support for the Personal Envoy and UN efforts.

Important meeting with Horst Köhler, envoy on MINURSO and Western Sahara. Focus on how to move the UN process forward towards a just and mutually acceptable political solution. Guaranteeing the rights of the people of W.Sahara. Full Swedish support for Köhler and UN efforts. pic.twitter.com/m77RjFHnPX

On Wednesday, the UN Security Council denounced the separatists’ illegal operations and their allegations aimed at escalating tensions in the buffer zone of Western Sahara. After the meeting, Dutch Ambassador to the UN Karel van Oosterom warned the separatist front that “there should be no change in the status of the buffer zone,” a warning that has been repeatedly violated by the Polisario Front in recent months.

The council expressed “full support” for Kohler’s efforts, welcoming his recent bilateral meetings with the parties to the conflict, which aim to relaunch the negotiation process with a new dynamic.