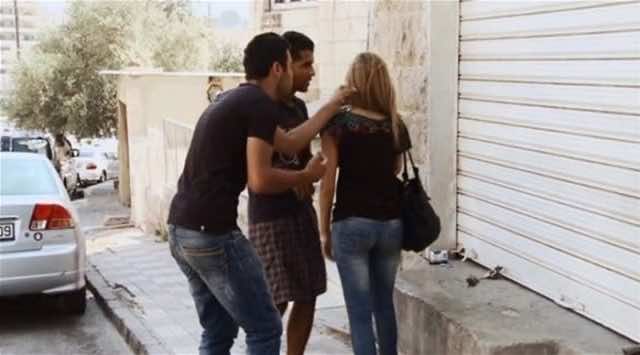 Rabat- The Free Feminist Union, known under its French acronym (UFL), launched the first mobile application against violence based on gender and sexuality in Morocco, on March 21.

The association held a press conference in order to present the various features of this new platform called “Manchoufouch”, “can we see you?” an infamous Moroccan catcalling phrase, which intends to fight against sexual violence and street harassment in the country.

The application, targeted at both men and women, allows users to pinpoint where the aggression took place.

The platform asks its users, whether victims or witnesses, to fill out a form containing their personal information, as well as those of the aggressors and details of the assault such as the location, date, and type of aggression.

They can then request assistance from the UFL via the “ask for help” button, which will systematically intervene by informing the authorities.

UFL president, Nidal Al Azhari, said in a statement to the Moroccan electronic newspaper Hespress, “You can report the incident either through the application, available on Google Play Store, or the website.” She added, “Our team will then intervene by transferring the cases to associations and NGOs, and facilitating legal and psychological help.”

The Moroccan government recently passed law 103-13 on combating violence against women. However, this much-awaited law has been deemed insufficient by Moroccan and international NGOs, given its failure to provide effective solutions and help for the victims.