Rabat - Morocco is reinforcing its bid to access the Economic Community of West African States through its cultural and trade links with West African countries. The application is already spreading its influence, as evidenced by  Speaker of ECOWAS Parliament Moustapha Cissé Lo’s recent reaffirmation of his support for Morocco’s application. 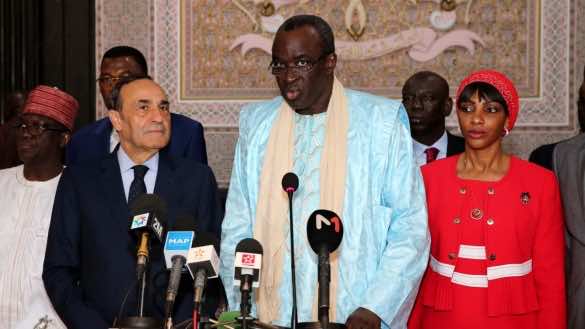 Rabat – Morocco is reinforcing its bid to access the Economic Community of West African States through its cultural and trade links with West African countries. The application is already spreading its influence, as evidenced by  Speaker of ECOWAS Parliament Moustapha Cissé Lo’s recent reaffirmation of his support for Morocco’s application.

A conference under the theme “Towards a Better Movement of People and Goods between African Countries,” convened in Rabat, with Moroccan officials includingCissé Lo and other members of ECOWAS attending, to discuss the future of Africa and the challenges hindering its development.

The event, which was organized by the Moroccan parliament in partnership with ECOWAS, offered an opportunity for the ECOWAS president of parliament to discuss the key features of Morocco’s admission to the African economic union.

Speaking at the event, Cissé Lo said that Morocco’s accession to ECOWAS will undoubtedly add value to the community, adding that his parliament will “fully play its role in the process of Morocco’s admission to ECOWAS.”

He added that the North African country’s accession will result in more “solidarity among the peoples of the continent.” The ECOWAS high official also called on African parliamentarians to follow in the footsteps of Morocco and “strongly support all the undertaken actions.”

President of the House of Representatives Habib El Malki and Moroccan Secretary of State for Foreign Affairs Mounia Boucetta were also in attendance.

During the symposium, Cissé Lo reviewed the ECOWAS objectives, in addition to past achievements and challenges, pointing out that it has established a plurality of legal instruments and has taken political measures to move towards the construction of this common market.

The Rabat-based think tank and policy organization, Amadeus Institute, will organize a conference to discuss Morocco’s accession to ECOWAS on March 29 in Dakar.

In February 2017, Morocco announced its desire to join the ECOWAS, as part of its vision to strengthen and deepen the cultural, economic, and diplomatic links uniting Morocco and the ECOWAS member countries, as well as to advocate regional integration as a vector of economic acceleration in Africa.

Cissé Lo underscored the importance of the conference held in Rabat, which is in line with international and community debates to propose solutions for the challenges facing Africa.

Morocco’s Accession to ECOWAS to Be Discussed in Dakar 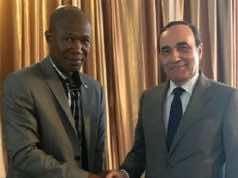