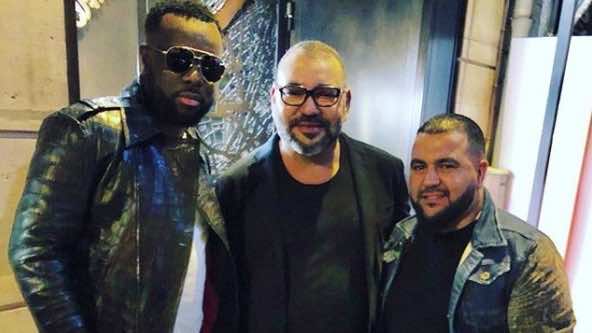 The manager of famous French rapper and pop-singer Maître Gims, Arab Youssefi, posted a photo of himself with King Mohammed VI and Maître Gims on his Instagram account on Tuesday.

The photo shows the sovereign smiling at the camera and posing with Gims on his right and Youssefi on his left.

Youssoufi wrote next to the photo: “With Morocco’s King Mohammed VI in good shape, Alhamdulillah”

Following his successful heart surgery in France, King Mohammed VI has been posing for several photos that have recently gone viral on social media.

The photos show King Mohammed VI in good health, with both Moroccan and international fans, including the latest photo with his fan Israël Goldberg who expressed immense joy upon meeting the sovereign.