Rabat - While the “Me Too” movement continues to surge in Britain and America, women’s stories of sexual harassment in and out of the workplace have garnered international attention around the world, including in several European countries and Morocco. 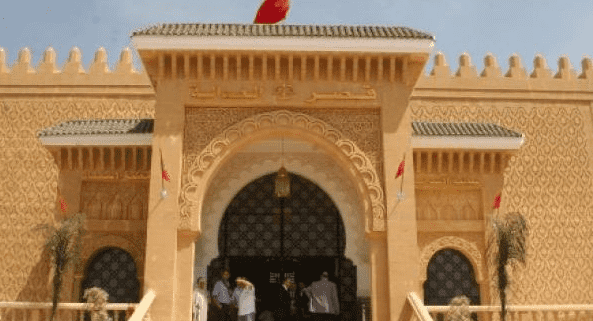 Rabat – While the “Me Too” movement continues to surge in Britain and America, women’s stories of sexual harassment in and out of the workplace have garnered international attention around the world, including in several European countries and Morocco.

According to Assabah in its March 28 edition, a “political leader” has been arrested and convicted for sexually harassing the women in his professional network. The incident occurred in Safi, a province in Settat. According to reports, the political leader in question—whose name has not been revealed in news reports—was handed a six-year prison sentence for demanding sexual favors from his female subordinates and other women.

The Settat court verdict followed a series of appeals by a number of women (colleagues and others) who said to have received inappropriate sexual advances from the suspect. As the suspect is also a prominent businessman in the Settat region, complainants said in their files that he sexually harassed them and requested sexual favors in exchange for financial help or subvention for their projects.

Speaking to the press under conditions of anonymity, a 30-year old president of a civil society organization recounted her experience with the suspect. In her statement, she reported to have paid a visit to the suspect’s office concerning a project her association was undertaking, seeking support—mainly financial—from the businessman.

As she prepared to leave the suspect’s office, he told her to stay longer because he needed to “talk about something important,” the woman said, explaining that the suspect suddenly got up and kissed her. When she objected to his advances, he allegedly cooled down and told her: “Consider this as a kiss from your father.” “But my father does not kiss me in this way,” Assabah quoted the woman as saying.

According to Assabah, the woman was the first to submit a complaint with the Settat Appeal Court. However, in the course of procedures preceding the trial, she discovered that her case was not an “isolated one”: many other women had been through similar experiences with the same man.

Her courage emboldened the other women to sue the suspect, Assabah reported. The suspect reportedly contacted many of the women in a bid to persuade them—mainly by offering them huge sums of money—to withdraw their complaints. But his efforts were countered by many women’s rights associations that convinced the women to continue their fight, promising them support throughout the trial, Assabah added.

The man was handed a six-year sentence, as well as a fee of 2,000 to 20,000 MAD if he attempts to approach or contact any of his victims