Rabat - This year is crucial for women’s rights as global movements like #MeToo and #TimesUp are paying particular attention to the discriminatory rules and behavior that relegate women to a secondary status at home and in public spaces. Yet, while women in the West are struggling against gender bias, in Muslim countries they remain entangled in subsistence problems. One should not overlook the fact that in the poorest communities, poverty, unemployment, violence and prejudice against women are prevalent barriers to gender equality. 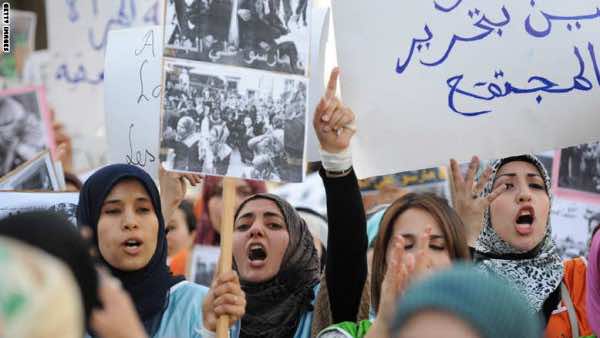 By
Moha Ennaji
-
Moha Ennaji is an author and international consultant.
Mar 31, 2018
Spread the love

Rabat – This year is crucial for women’s rights as global movements like #MeToo and #TimesUp are paying particular attention to the discriminatory rules and behavior that relegate women to a secondary status at home and in public spaces. Yet, while women in the West are struggling against gender bias, in Muslim countries they remain entangled in subsistence problems. One should not overlook the fact that in the poorest communities, poverty, unemployment, violence and prejudice against women are prevalent barriers to gender equality.

I have studied gender and development in the MENA region for 19 years. My research, which has included a myriad of interviews with women from Morocco to Niger, has focused on one question: How can the national governments and international community improve the welfare of the world’s poorest women? The answer is simply to help them overcome gender inequality at all levels. There are three main reasons for this.

First, this momentum creates several opportunities for the international community to support women and further their empowerment, as women now attempt to not only join but instead transform the patriarchal systems in the region.

Second, while past decades have witnessed a large number of constructive reforms and legal rights for women in some Muslim countries, much work remains to be done to make real improvements in society. Implementation of these reforms is inadequate, and cultural and societal norms constitute one of the main hurdles for female emancipation.

Third, in addition to unfavorable cultural traditions, an emerging Islamist movement – which is trying to reverse women’s accomplishments – constitutes a major challenge to women’s rights. This challenge is witnessed in many countries from Iraq to Mauritania. This opposition to gender equality not only menaces what women have realized over the decades, but also threatens to undercut any progress in gender equality.

Furthermore, women’s rights can be understood only within the complex political and cultural context of the region.  Economic, social and political development has been constantly hindered by a strong patriarchy, ongoing insecurity and conflict, stagnating economies, and absence of the rule of law.  As a result, there is a concentration of power and wealth in the hands of the male ruling political and financial elites, while women suffer from an increasing level of social marginalization and widespread poverty, from a general disillusionment with formal politics, and from a dramatic resurgence of religious extremism.

To circumvent this reality, coalitions between feminist and human rights groups in the region are gathering momentum.  By linking social and economic development to women’s rights, these coalitions present women’s rights as national urgent demands.  In doing so, they are attracting the attention not only of the media, but also of decision-makers.

Indeed, in spite of discrimination, women in North Africa have over the past three decades played an avant-garde role in the socio-cultural, economic and political development of their countries. Recent trends in women’s activism and family law reform are very significant and attest to their vibrant agency.  Women’s action in some countries like Morocco and Tunisia is part of the official agenda. They use education to raise their living standards and those of their families; they help improve the economies of their countries; they feminize the political and civil society spaces, and democratize academia by pioneering gender studies.

They have used the legislation front to assert their rights as citizens and, ultimately, their independence and selfhood, thus, setting an example for the other Muslim nations. In our book titled Women in the Middle East, Fatima Sadiqi and I have shown that, while significant challenges and prejudices impede the progress of Muslim women as agents of change, the list of their accomplishments is remarkable and impressive. What is important from our perspective is that in spite of overwhelming challenges, progress is being achieved through women’s determination and will to change themselves and their societies.

However, as mentioned above, there are hurdles blocking women’s emancipation and legal rights in the region. Most countries have not agreed to all the articles of the Convention on the Elimination of All Forms of Discrimination Against Women (CEDAW), and the quota system is not officially recognized in most constitutions, which implies that the representation of women depends on the political agendas of individual leaders. There is also a weak commitment by many governments in the region to protect women from violence, especially domestic violence, and concerning their legal rights as victims of violence.

The good news is that the inheritance law is now publicly debated in Tunisia and Morocco. Since 1976, Tunisia has taken several positive steps such as the banning of polygamy, the right to pass on a woman’s nationality to her children, the right for her to marry a non-Muslim, etc. Women’s groups have been pushing for changes in inheritance laws for the past few decades but their efforts have always been met with resistance from Islamists. Currently, women can only inherit half than men according to the Islamic law (shari’a).

One of the ways to achieve the goal of women’s rights is women’s emancipation and empowerment, and to do so, they need to have the right to own and inherit fully.  Muslim countries cannot reach their full potential if half of their population is systematically blocked from contributing. Women still struggle to have equal pay for equal work, own land, and are often discriminated against. Women in these countries are economically disadvantaged in every step of the way, in addition to unequal rights, domestic violence, and sexual harassment.

Therefore, measures and policies to protect women’s rights should be introduced in order to boost their number in the workforce, and ensure that they enjoy equal rights as men. 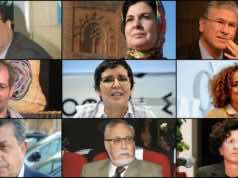 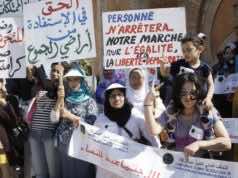 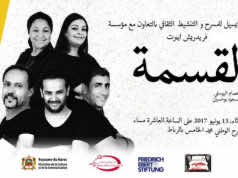