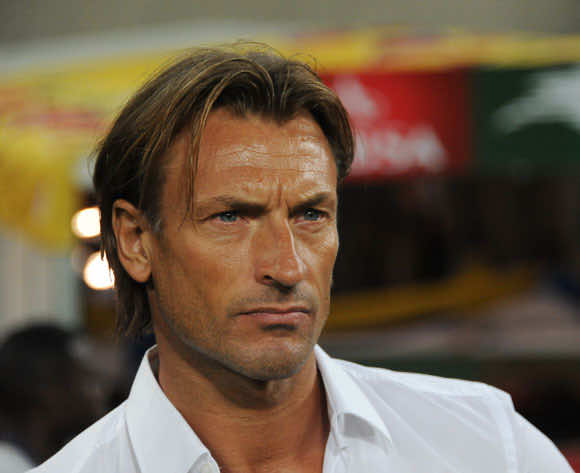 Rabat – Hervé Renard has had enough of the fake news. Yesterday, Al Akhbar wrote an article stating that Morocco’s national football coach “would leave the Atlas Lions just after the Russian World Cup.”

Al Akhbar is supporting its claim by citing a source that is allegedly “close to Renard,” adding that Renard will be in advanced negotiations with European football clubs and several federations including those from the Ivory Coast, Algeria, and even the United Arab Emirates.

According to that same source, the former coach of Zambia allegedly expressed regret for having extended to four years his first contract, because the FRMF may well, in case of refusal of amicable separation, require substantial damages for prior termination of the contract.

Following the rumors, Renard released a statement in his Facebook account to reassure the Moroccans that he is not going anywhere.

“In order to immediately stop all rumors and unfounded speculation reported by some media today, I say calmly but firmly: ‘I am very very happy to be in Morocco!’, he wrote, adding that his only concern today is to do his best possible for the national team at the World Cup in Russia, expected for 20 years by the Moroccan people.

Hervé Renard continues to condition his future in Morocco to the results that the national team will achieve in Russia next June. He believes that the Lions’ team “needs to improve its ball possession, as well as its ball recuperation techniques in order to compete with other teams” at this summer’s World Cup in Russia.