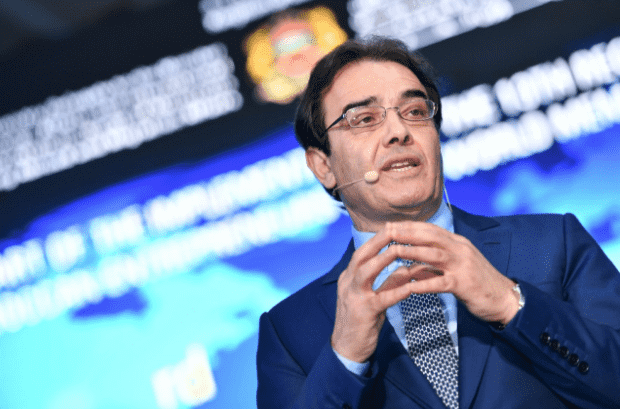 Rabat – In a commanding, 30-minute speech delivered at a conference in Marrakech, the Minister of Moroccans Living Abroad, Abdelkrim Benatiq, challenged Morocco to “find a new approach to immigration: not to treat immigrants as a burden, but rather as new and distinguished capital.”

The 3rd forum of Moroccan Competencies Living in the United States, held April 3-4, centers around the theme, “Moroccans of the World: Re-engaging Competencies for the Future.”

At the opening ceremony, Benatiq proposed a new narrative for migration, not only in Morocco, but also worldwide.

“Borders are finished: we live in a globalized world. Those who choose globalization should accept that there will be pros and cons…instead of closing the door.”

At the conference, freedom of movement was framed as a facet of entrepreneurial freedom. Morocco has historically been a country of emigration, with an estimated 5 million Moroccans living abroad. However, as Morocco develops into a destination country for migrants across Africa, Benatiq insisted that Morocco cannot simply look at its legacy of emigration but must also address the future.

The minister’s comments referenced King Mohammed VI’s 2014 and 2017 campaigns to regularize and integrate undocumented migrants living in Morocco. According to the minister, the policy was initially created “with limited resources but with political will” and now serves as a model in many other countries.

President of Moroccan Entrepreneurs of the World (MeM) Adil Zaidi called Morocco not only a “logistical hub” in the Mediterranean region, but also “an African hub.” He encouraged pan-African investment, saying, “Africa is our continent.”

Morocco has begun to draw from the collective experiences of the Moroccan diaspora “by considering themselves as actors of the economic and social development of the country,” according to a press statement.

Al Akhawayn University President Driss Ouaouicha underscored the importance of, “learning how to bridge the gaps between the two cultures and the two ways of seeing the world.”

Approximately 150,000 Moroccans live in the United States; the April 3-4 proceedings in Marrakech offer a panel of Moroccan born, US-based speakers an opportunity to connect and share their expertise with entrepreneurs still living in the kingdom.

The 27 speakers hail from a variety of sectors and organizations, ranging from computer science to dentistry, the International Monetary Fund to the Hawaii state government.

“In contrast to some clichés and prejudices about migration and migrants, our compatriots are distinguished by their skills, their performance, and their good performance in their host countries,” said the MeM president at the conference’s opening.

“They constitute a relay and a link between the entrepreneurship of the host country and that of Morocco, and now that of Africa.”

The event was organized by the Ministry of Moroccans Residing Abroad and Migration Affairs in conjunction with the General Confederation of Moroccan Companies (CGEM).

Last July, the Ministry of Moroccans Residing Abroad and Migration Affairs and the CGEM launched MeM and named it the “13th Region” of the CGEM. MeM aims to create a digital platform for professional exchange between entrepreneurs and to support the integration of Morocco’s global entrepreneurs into the kingdom’s economy. 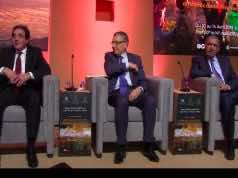