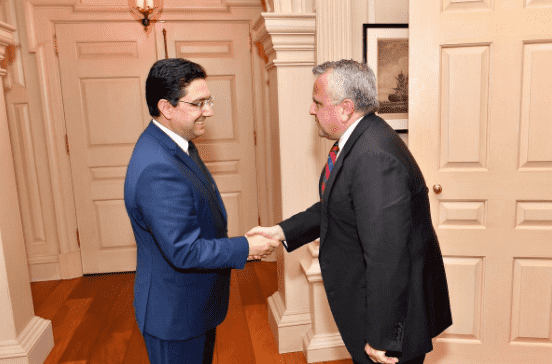 Sullivan expressed his gratitude to the Moroccan official and Moroccan people for their “strong partnership and friendship with the United States on common priorities, including the fight against Daesh,” Sullivan spokesperson Heather Nauert said at the end of the meeting between the two officials.

During their meeting, Sullivan reiterated the US position on the conflict: “the United States expresses its commitment to the United Nations to continue its efforts to find a peaceful, lasting and mutually acceptable political solution” to end the four-decade-long conflict.

While in the US, the Moroccan official will meet with the UN Secretary-General to hold talks on the development of the Western Sahara situation, including Polisario’s illegal maneuvers in the region and its violations to the UN ceasefire agreement.