Rabat - Palestine has joined the list of nations that expressed their support to Morocco’s 2026 World Cup bid. 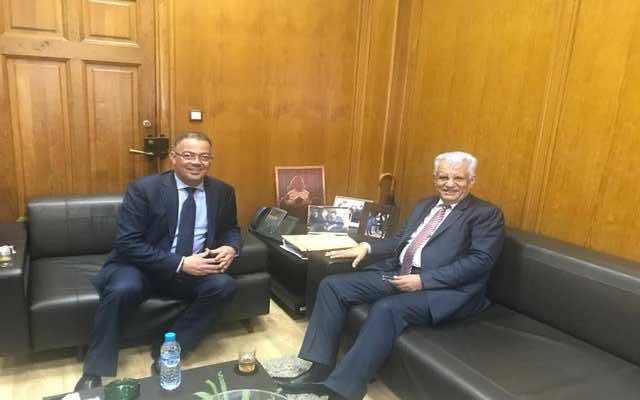 Rabat – Palestine has joined the list of nations that expressed their support to Morocco’s 2026 World Cup bid.

During a meeting held in Rabat on Thursday, Palestinian Ambassador to Morocco, Jamal Choubki, conveyed a letter from Chairman of the Palestinian Football Association Jibril Rajoub to Faouzi Lekjaa, President of the Moroccan football federation (FRMF), emphasizing that his country will support the African bid.

According to the official, Palestine will utilize its relations to convince additional Arab football federations to vote for Morocco’s bid.

Lekjaa expressed his gratitude to the Palestinian ambassador, emphasizing his willingness to visit Palestine in the upcoming days.

Morocco’s 2026 has collected the support of several countries, including Russia, Algeria, Serbia, Qatar, and Nigeria.