Rabat - The first cinema in Saudi Arabia is set to open in Riyadh on April 18, a few months after Saudi authorities allowed public cinemas to operate within the Arabian country, lifting a ban that has been in force for more than 35 years, local media reported, citing official sources on Wednesday. 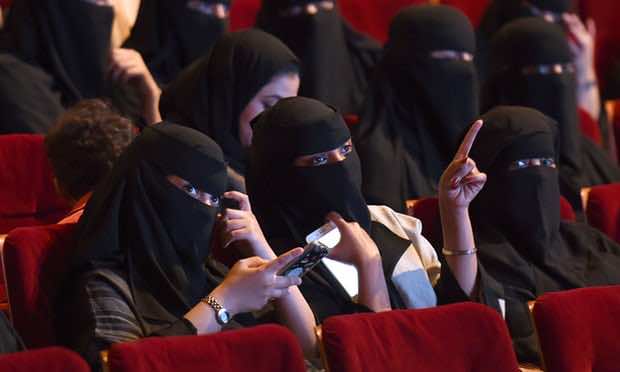 Rabat – The first cinema in Saudi Arabia is set to open in Riyadh on April 18, a few months after Saudi authorities allowed public cinemas to operate within the Arabian country, lifting a ban that has been in force for more than 35 years, local media reported, citing official sources on Wednesday.

US giant AMC Entertainment was the first to be granted a licence to operate cinemas after it signed a non-binding agreement in December with Saudi Arabia’s vast Public Investment Fund to build and operate movie theatres across the kingdom.

“The granting of the first licence marks the opening of very significant opportunities for exhibitors,” Information Minister Awwad Alawad was quoted as saying in the statement.

According to Saudi state media outlets, AMC Entertainment, which will face fierce competition in the future from other operators such as the leading operator in the Middle East, Dubai-based Vox Cinemas, is expected to open 40 cinemas in 15 Saudi cities over the next five years.

According to Saudi’s culture and information ministry, up to 2,000 screens in more than 300 cinemas will be established within 12 years.

Movie theatres in Saudi Arabia have been banned for the past 35 years, as they were considered a threat to religious and cultural identity, as “they corrupt morals and values,” as stated by the Grand Mufti of Saudi Arabia, Sheikh Abdul-Aziz Ibn Abdullah al-Sheikh.

However, the move to reopen cinemas, comes as a part of an ambitious reform plan initiated by Crown Prince Mohammed Bin Salman in April 2016, under the Vision 2030 banner, despite discontent of ultra-conservative circles.

The industry is expected to contribute about USD 24 billion to the economy and create more than 30,000 permanent jobs.

In addition to stimulating the local film industry, this decision confirms the authorities’ desire to make the entertainment sector an element of social transformation in a country governed by a rigorous form of Islam.

The project, which was highly-welcomed by the filmmaking community, is also a part of a comprehensive reform program aimed at reducing the country’s dependence on oil.

Like most public spaces in the Al-Saud kingdom, movie theaters will have separate sections for men and women, as well as a section for families.