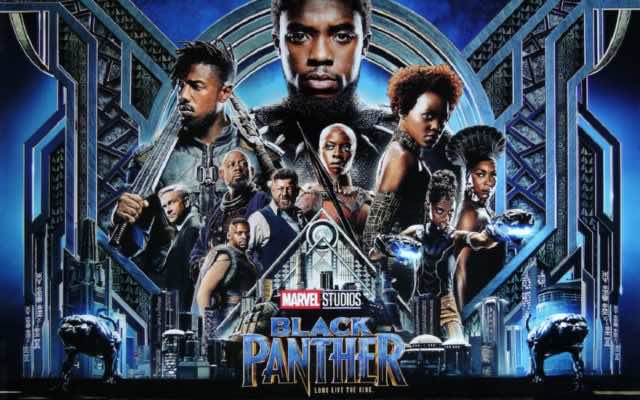 Rabat – After a 35-year moratorium on cinemas, both men and women in Saudi Arabia will be able to attend theaters on April 18, when the American blockbuster “Black Panther” will open in Riyadh.

The gulf nation has a complicated, at times fraught, relationship with Western media. Despite the state-sanctioned observance of ultraconservative rules for moral and social behavior, Saudis still are keen consumers of foreign films and television shows. Nearly 70 percent of the kingdom’s 32 million people are under 30; in the affluent, oil-rich nation, economists estimate that the younger generation could eventually generate nearly USD 1 billion in box office revenue.

Thirty-two-year old Crown Prince of Saudi Arabia, Mohammed bin Salman, has been breaking with the country’s restrictive past, since he was named heir to the throne in June last year.

The new movie theater initiative is but one example of the Crown Prince’s efforts to liberalize the country’s strict codes of conduct and diversify its economy, which is almost entirely dependent on oil.

Last year, Saudi women were allowed to attend football matches for the first time and, starting in June of this year, women will also be allowed behind the wheel, ending a ban on female drivers.

Although “Black Panther” afforded black actors a groundbreaking opportunity to challenge stereotypes that limit Black representation in Hollywood and the mainstream media. Some Saudis speculate that the latest move by the regime may prove to be somewhat less-than-revolutionary.

Speaking to the Los Angeles Times, Saudi comedian Hisham Fageeh remains circumspect about the degree to which the Saudi state will actually abet theaters in disseminating new cultural media.

“Do they want it to be very vanilla, mild content … and just the existence of cinemas in itself is considered subversive?”

Regardless of skeptics and critics, the gulf government struck a deal with the US company AMC Entertainment to deliver silver screens to 40 Saudi cities over the next five years, up to 100 cinemas by 2030. Saudi newspaper Sabq reported that the AMC’s first cinema, located in Riyadh’s King Abdullah Financial District, expects crowds with its 620-seat capacity.

Next on the program, Saudi viewers will be treated to screenings of the “Avengers: Infinity War” beginning April 26. Saudi audiences can also look forward to live entertainment, as Disney on Ice and Cirque du Soleil will touring in the kingdom soon.