Rabat- Austria’s right-wing government is considering a headscarf ban for girls in nurseries and elementary schools, as a move to give children equal opportunities and prevent the emergence of “parallel societies,” Chancellor Sebastian Kurz says. 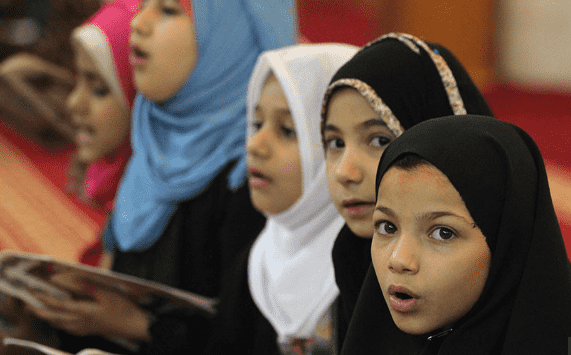 Rabat- Austria’s right-wing government is considering a headscarf ban for girls in nurseries and elementary schools, as a move to give children equal opportunities and prevent the emergence of “parallel societies,” Chancellor Sebastian Kurz says.

“The veiling of small children is something that definitely has no place in our country,” Kurz told reporters after a cabinet meeting on Wednesday.

“A few decades ago we did not have this in Austria and now it occurs primarily in Islamic kindergartens but also here and there in public establishments of Vienna and other cities.”

“Our goal is to confront any development of parallel societies in Austria,” the chancellor added.

The upcoming draft law, which is included under the “Child Protection Act,” would be ready by the summer, according to Education Minister Heinz Fassmann, who regards the new bill as a “symbolic act in protecting Austrian culture from some Islamic influences,” even though the number of children in the kindergartens and primary schools affected by the bill is still not clear.

Kurz also argued that there is no religious rule ordering girls to wear Islamic headscarves at a young age; in many Islamic cultures, it becomes required for girls only when they reach puberty.

“We want to make sure that children grow up free and that they are not pulled into these [Islamic] mechanisms,” Vice Chancellor Heinz-Christian Strache of the far-right Freedom Party said.

Last year, Austria implemented a controversial law entitled “Anti-Face-Veiling Act,” under which the government banned full-face veils in public spaces, courts, and schools, and prohibited police officers, judges, magistrates, and public prosecutors from wearing headscarves. Those found in breach of the law must pay fines up to EUR 150.

The ban sparked many protests in January, when thousands of people took to the capital city of Austria, Vienna to express their rejection of the ban on full-face veils in public spaces.

Protesters have reportedly been accusing the government of perpetuating Islamophobia and sexism.