Rabat - The Mohammed VI Museum of Modern and Contemporary Art (MMVI) in Rabat will open its door to more than 50 masterpieces from some of the greatest names in art history in 2019,  featuring Pierre-Auguste Renoir, Claude Monet, Edouard Manet, Paul Cezanne, and Van Gogh. 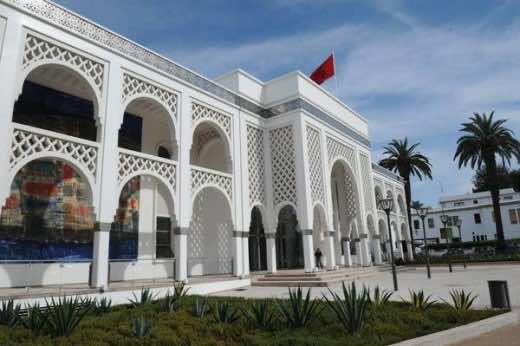 Rabat – The Mohammed VI Museum of Modern and Contemporary Art (MMVI) in Rabat will open its door to more than 50 masterpieces from some of the greatest names in art history in 2019,  featuring Pierre-Auguste Renoir, Claude Monet, Edouard Manet, Paul Cezanne, and Van Gogh.

President of the National Museums Foundation Mehdi Qotbi and the President of Orsay Museum, Laurence des Cars, signed an agreement on Wednesday, April 4, in Paris, regarding the holding pieces that will be exposed at the Mohammed VI Museum of Modern and Contemporary Art in 2019.

Orsay’s museum paintings “have never crossed the Mediterranean border so far,” said Qotbi proudly, in a statement to the Moroccan press agency MAP.

“We owe this cultural flourishing in our country to His Majesty the King, who loves art and encourages artists and creativity, including the launch of large-scale cultural projects,” added the artist.

As for the president of Orsay Museum, she is thrilled to be a part of “this beautiful collaboration” between the two museums, which is the first of its kind between Moroccan and African museums. Orsay Museum has the largest collection of Impressionist and Post-Impressionist paintings in the world, nearly 1100 paintings in total.

These exhibitions aim to establish MMVI’s standing in the world of modern and contemporary art museums, as well as develop cultural programming in Morocco.