Rabat - Amid the ongoing and unprecedented crisis surrounding the Polisario's attempt to change the status of the buffer zone in an area west of Morocco’s defense wall in Western Sahara, a statement made by a Polisario leader seemed to lay bare the contradictions of the separatist movement and the long-held belief that it is the sole representative of the Saharawis. 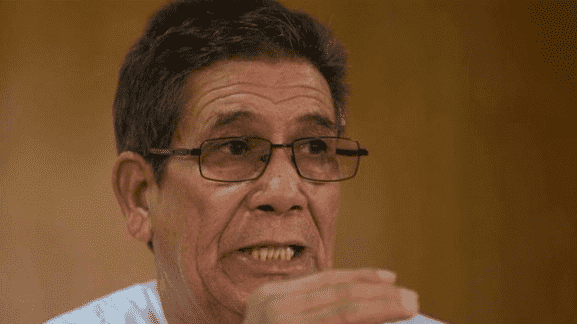 Rabat – Amid the ongoing and unprecedented crisis surrounding the Polisario’s attempt to change the status of the buffer zone in an area west of Morocco’s defense wall in Western Sahara, a statement made by a Polisario leader seemed to lay bare the contradictions of the separatist movement and the long-held belief that it is the sole representative of the Saharawis.

The Polisario official, Bachir Mustapha Sayed, leveled criticism recently at a new initiative in the Tindouf camps called the “Sahrawi Initiative for Change.” Members of the initiative have been seeking to hold a constituent assembly to foster programs that seek to improve the living conditions in the camps, to better engage with those Sahrawis living there, and to explore alternative ways to end the Western Sahara conflict.

“Anybody who splinters from the Polisario, or seeks to establish a new organization will deserve no mercy or sympathy from our side, nor appreciation of his idea,” Mr. Sayed said. The comments sent a clear message to the region: In addition to expelling dissidents and prohibiting associations and movements other than its own self-appointed affiliations, the Polisario seems determined to repress any dissension or opposition to its hardline positions and rhetoric.

The Polisario has long sought to attract international sympathy for its movement by selling itself as the sole legitimate representative of the “oppressed Saharawi people.” Mr. Sayed’s recent statements, however, are a scathing verbal assault on Saharawis who feel attached to Morocco as a unified nation and to those who express their opinion related to Morocco’s sincerity in finding a solution to the dispute and ending the dire conditions of the people stranded in the camps.

Many outside observers are seemingly unaware that there are a growing number Saharawis who do not see the Polisario as a legitimate representative of the people of Sahara. But these Saharawi voices are harshly silenced, squashed, and charged with treason for sympathizing with “the enemy.”

Former Polisario Police chief Mustafa Salma Ouled Sidi Mouloud spoke to Morocco World News about Mr. Sayed’s video and its implications for any Saharawis who dare to challenge the legitimacy of the separatist movement. Mr. Salma, who was first imprisoned and then expelled from Tindouf in 2010 for daring to suggest that Morocco’s Autonomy Plan can serve as a genuine roadmap towards a peaceful settlement, told Morocco World News that the separatist is not ready to negotiate any political solution to the dispute or accept any challenge to its rule over the Tindouf camps.

“This statement gives a clear idea about the contradictions of the Polisario. It demands that Morocco allow the Sahrawis to determine their fate. Meanwhile, the Polisario’s view in this video shows that it refuses that any Sahrawi express their opinion against it and considers them rogue, dissidents whose ideas deserve no sympathy,” Mr. Salma said.

And so, whereas Morocco has been expressing its wholehearted support for a mutually beneficial political solution, the separatists seem inflexible in their rhetoric: Amplify and exaggerate the claim of victimhood, and disparage all Moroccan efforts towards ending the crisis. The strategy being to ultimately discredit Morocco’s Autonomy Plan in the eyes of the international community.

“The problem is that the person who uses this rhetoric is the one in charge of human rights in the Tindouf camps,” Mr. Salma concluded, suggesting that the Polisario says it wants a solution while its actions are aimed at ensuring the impossibility of a political and mutually beneficial solution.

Salma went to add his belief that the Polisario can by no means allow other dissenting Saharawis to express themselves freely and establish organizations or political parties that challenge their supremacy.

“To open the way for the inhabitants of the camps to establish civil organizations would pave the way for political pluralism, which would challenge Polisario’s claim that it is the legitimate representative of the Saharawis. And this possibility has been long ruled out and rejected by Algeria, because democracy in the sense of pluralism would cause the Polisario to lose its status as the sole representative of the Saharwis and this is a red line,” he added.

Mustapha Salma, who has been deprived from seeing his family for the past 8 years, said it is “surprising to see the report of the UN Secretary-General which mentions no violations of human rights in the Tindouf camps when the Saharawis are deprived of their rights of assembly and freedom of expression.”

“The report of the UN Secretary-General cannot reflect the reality of human rights violations in the Tindouf camps for the simple reason that there is no civil society organization that can monitor and report them,” he noted.