Fidesz won 133 of parliament’s 199 seats in Sunday’s election. With 97 percent of the votes counted (aside from those cast absentee), the party stands poised to reclaim the two-thirds majority it won in the country’s previous two elections, as well as the necessary number to ratify amendments to Hungary’s constitution. Moreover, such strong political support strengthens Orbán’s hand when negotiating with the European Union.

This is the third successive term for Orbán, who first took office in 2010; he is the longest-serving Hungarian prime minister since democracy was restored to Hungary in 1990, following the exit of the Soviet forces.

Despite recent success at the polls, Orbán remains one of the most controversial heads of state in Europe. Far from being hailed as a stalwart of democracy, both he and his party have been mired in corruption allegations and scandal.

The Organization for Security and Co-operation in Europe, which monitored the April 8 election, released a public statement affirming that the election was “professional and transparent,” while noting that “intimidating and xenophobic rhetoric, media bias and opaque campaign financing constricted the space for genuine political debate, hindering voters’ ability to make a fully-informed choice.”

Orbán joined his supports in song, before proclaiming it a “great day for Hungary.” He claimed mordantly there would yet be “a big fight ahead” and that his election victory was an opportunity to defend Hungary’s borders.

Indeed, talk of the Hungarian border dominated the nation’s 2018 election. Although dissatisfaction with health services and the education system simmered in the background, Orbán and Fidesz cast immigration as the decisive issue.

Although Muslims comprise merely 0.4 percent of the total Hungarian population, both Orbán and Fidesz routinely reference the ostensible threat posed by the “Muslim invaders.”

Orbán has emerged as one Europe’s most outspoken critics of migration, and is known for his hard-line policies toward men, women, and children seeking asylum in the European Union.

However, Orbán’s caustic rhetoric long predates the most recent election cycle: in March 2017, AFP reported that Orbán emphasized “preserving ethnic homogeneity” as a key component of Hungary’s economic success. In February 2018, Orbán called on the EU to reimburse Hungary for the cost of securing its borders, claiming to be “not only protecting [Hungary], but Europe as well.”

Earlier this year, Hungary came under fire from the United Nations for peddling “xenophobia and racist rhetoric.” UN High Commissioner for Human Rights Zeid Ra’ad Al Hussein admonished the Hungarian Prime Minister by name at a summit in February.

Yet despite external pressure from outside groups, Orbán’s consolidation of political power for a third successive term seems unlikely to effect a change of tone.

The 2017 French, Dutch, and German elections all seemingly bucked the populist groundswell credited with inspiring Brexit and buoying Donald Trump into the White House a year earlier.

However, conservative victories during the 2018 Italian election in March and over the weekend in Hungary suggest that the anti-immigrant, anti-European Union season has not yet run its course. 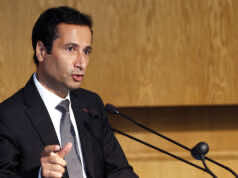 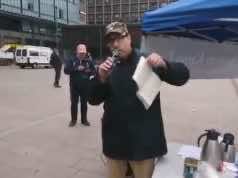