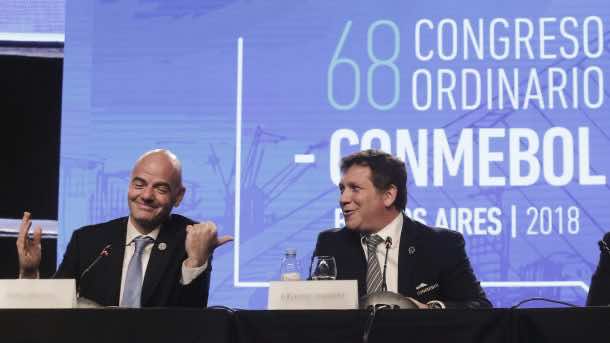 The 42 voices of the Confederation of North, Central American, and Caribbean Association Football (CONCACAF) has still not officially announced their final decision.

Morocco’s campaign to collect the support of global football federations for its bid to host the football world’s biggest event has been fruitful thus far. Two months before the FIFA vote, Morocco has already collected 103 votes of support out of the total 207 global federations that will vote in June.

The 2026 Bid Evaluation Task Force will officially visit Morocco from April 16-19, to evaluate “technical aspects” included in the bid book.