Rabat – A member of the Oulad Mesnaoui troop died after being shot in the head during a tbourida demonstration at the Festival of Roses, organized in Settat.

During this year’s Festival of Roses, held each year in the Settat region, a horse rider was struck in the head by a bullet. He was killed upon impact.

The Rose Festival is held every year in Machraa Ben Abo, and this year marked its sixth annual edition. The event was supposed to continue through Tuesday, but after the incident, the organizers cut the festival short out of respect for the deceased’s family.

Tbourida is a regional tradition, but the horseman’s recent death raises pertinent concerns regarding the lack of safety of such demonstrations.

Tbourida, also known as the “Powder Game” or “Fantasia,” is a type of synchronized horseback riding; essentially, it is a stylized cavalry charge. The tradition was first inspired by Morocco’s wartime history, as a way to commemorate its fearsome cavalry of old. Today, tbourida serves as a touchstone of Morocco’s historical imagination, sparking  many works of art and stories.

Particularly popular in the rural regions of central Morocco and in the southern provinces, tbourida is considered a contest of endurance, speed, and elegance. Events are held during both religious and national holidays. In them, horses and riders adorn costumes, including specialized saddles and harnesses, as well as pearl-encrusted guns and curved daggers.

As a way of displaying their horsemanship skills, riders gallop in a line formation and fire their muskets into the air simultaneously, at their captain’s command. Then horses are then presented in front of a panel of judges.

Due to the incredible precision the sport requires, errors on the part of the riders are quite common, and can result in misfires, falls, and unfortunately, even death. 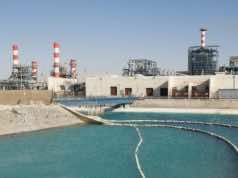 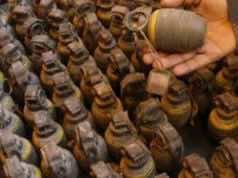 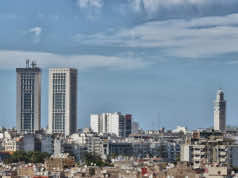