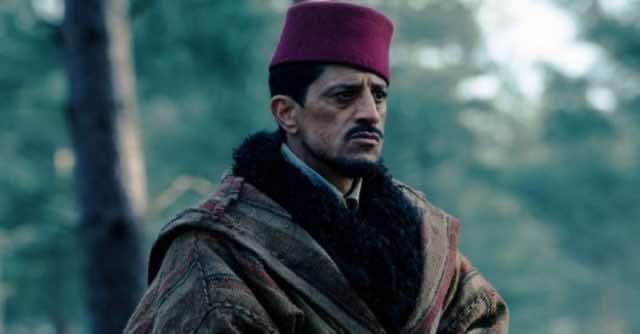 “Life’s battles are not won by the strongest or the fastest, but by those who never give up,” the French-Moroccan actor–who is also an American citizen–posted on his Instagram page.

The Hollywood actor, who is very active on social media, has shared a lot of opinions regarding the upcoming World Cup. Notably, he has called upon Moroccans to keep supporting their national team amid their qualification for the 2018 World Cup in Russia.

“I take this opportunity to greet and encourage all members of the national team #leslionsdelatlas. After 20 years of absence the team’s qualification is historic,” Taghmaoui said.

He continued,“I would like all Moroccans and Africans of the world support them at the beginning of this joint adventure, and we will all go very far together.”

The French-Moroccan actor further reminded Moroccans not to forget their candidature for the organization of the 2026 World Cup.

Taghmaoui praised the Lions’ captain, Mehdi Benatia, who has been having a rough couple of days following controversy surrounding a penalty awarded to his Italian team club Juventus, resulting in the loss of a match to Real Madrid last week.

“To this great man, this great player, this great captain of the national team of Morocco, Mehdi Benatia, we sincerely are very lucky to have you for the 2018 Russia World Cup,” stated Taghmaoui.

Benatia, also known as “El Capitano,” responded with,“Thank you my brother for your message! You have shown us all that through hard work and perseverance, anyone can succeed.”

Taghmaoui has always displayed immense dedication to his home country. Last year he appeared in two videos commemorating the 60-year anniversary of Royal Air Maroc (RAM).  Another time, while exploring Casablanca, Taghmaoui stated that he “will never forget [his] origins.”

Taghmaoui’s most recent Hollywood role was as “Sameer” in the 2017 release of “Wonder Woman.” The movie caused great controversy across the Arab world due to the Israeli citizenship and former military enlistment of the leading actor, Gal Gadot.