Rabat - The chief of Morocco’s Royal Armed Forces, General Abdelfattah Louarak, is currently paying a working visit to the U.S. Mr. Louarak, who is leading an important military delegation, was received on Tuesday at the Pentagon by his American counterparts, for discussions centering strengthening the dynamic security collaboration between the two countries. 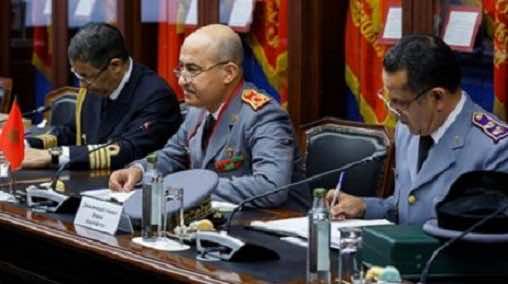 Rabat – The chief of Morocco’s Royal Armed Forces, General Abdelfattah Louarak, is currently paying a working visit to the U.S. Mr. Louarak, who is leading an important military delegation, was received on Tuesday at the Pentagon by his American counterparts, for discussions centering strengthening the dynamic security collaboration between the two countries.

The visit, coming just days after the start of the bilateral US-Morocco-sponsored African Lion exercise in the North African kingdom, showcases the strong strategic and inter-operational framework driving the U.S-Morocco military partnership.

Amidst the vital national security-related topics discussed, there was a pointed emphasis on Morocco’s recent steps to reshuffle its military equipment. According to Assabah, for example, the Moroccan Army’s chief and his American counterparts at the Pentagon had intensive talks about Morocco’s desire to acquire the U.S-made F-16 Block 70 fighter aircraft.

The acquisition of the he F-16 Block 70, an aircraft hailed by many security experts as the latest, most advanced state-of-the art jet fighter ever produced, is an integral part of Morocco’s bid to upgrade its air targeting, attacking, as well as air-to-air and air-to-ground response capabilities. According to some close sources, should the kingdom extend and upgrade its air forces and F16 fleet with this newest model, the Royal Air Forces will reach an unprecedented level of sophistication in integrating its armed forces’ operational capabilities.

Assabah reports the extent of the US-Morocco strategic collaborations—in light of the Pentagon’s recent move to gift Morocco with a dozens of tanks—has allegedly threatened Algiers. Citing “well-informed military sources,” the newspaper alleged that Algeria has signed deals with Venezuela to “deliver a number of Russian-made anti-tank missiles (ATGM) to the Polisario Front, as a way of responding to Morocco’s acquisition of a number of modernized weaponry.

While this reportedly Algeria-endorsed ATGM acquisition aspires to counter the Royal Armed Forces’ heavily armored vehicles, the newspaper went on to allege that there are further reports of Algiers-sponsored “opaque and black market deals” to arm and train the separatist group against Morocco’s modernizing and upgrading air-defense system.

When the US-Morocco sponsored African Lion military exercise kicked off earlier this week, 15 partner countries convened to develop, strengthen, and boost regional capabilities in the fight against terrorism and other transnational criminal activities.