Rabat - Moroccan authorities are considering a Dakhla megaproject to revamp for the economic outlook of the country’s southern provinces. 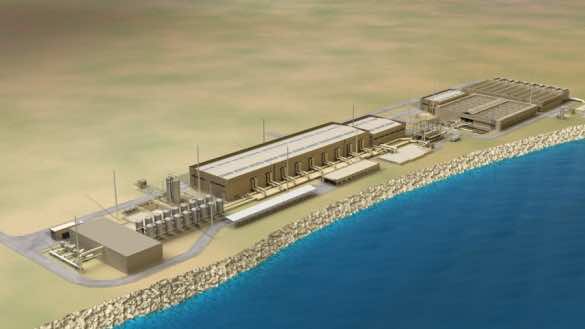 Rabat – Moroccan authorities are considering a Dakhla megaproject to revamp for the economic outlook of the country’s southern provinces.

The megaproject entails the construction of an irrigation and desalinization facility, with the cost estimated to be around MAD 1.7 billion. The Ministry of Agriculture and Sea Fishing, which is overseeing and co-financing the project, says that the facility will have an impressive annual capacity of 30 million cubic meters, as well as a windmill park as an accompanying source of energy.

According to Aujourd’hui le Maroc, the project scope and magnitude would constitute unprecedented improvements for agriculture and energy production in the southern provinces. The project will cover an area of 5000 hectares, and investments will operate in two phases: MAD 1.4 billion will go to the realization of the windmill park, whereas MAD 300 million will be invested in building a state-of-the-art irrigation system.

This grand project will pull Dakhla and surrounding provinces in a new and totally different direction, say sources at the Ministry of Agriculture. Once completed, “it will yield roughly 500,000 tons of ‘garden crops’ with an added value or profit of 500 million MAD per year,” said the same sources, adding that other than the project’s many direct benefits, “it will also generate 10,000 permanent jobs.”

As the Dakhla area is famous for its massive arable lands, another phase of the project will entail cooperation between the government and the private sector to “adequately exploit these massive agricultural areas,” for the region’s benefit. In that regard, the Agency for Agricultural development, a subsidiary of the Ministry of Agriculture, is said to be preparing a call for tenders to attract foreign and national investors to invest in agriculture and be part of the megaproject.