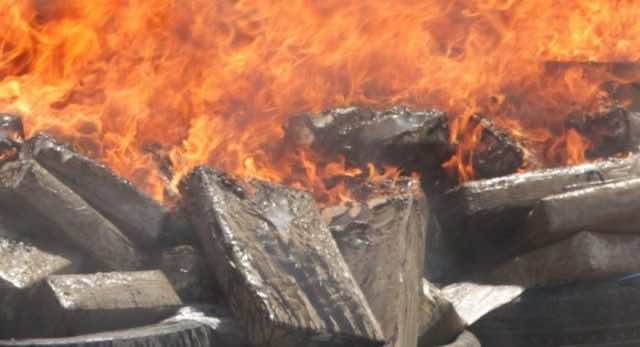 The destruction operation, which took place in an area near the southern city Laayoune, also covered the incineration of 17,000 contraband cigarettes, 40 kilograms of cannabis, 2.4 kilograms of tobacco, 18 bottles of alcohol, 300 liters of the distilled liquor, “eau de vie,” 90 kilograms of snuff, 200 kilograms of flavored hookah tobacco, and 452 psychotropic tablets, according to a statement from the Customs Department in Laayoune.

The Prosecutor General’s Office supervised the incineration, alongside a commission composed of representatives of the local authorities and the various security and sanitary services in the region, the statement adds.