Rabat - King Mohammed VI received, on Friday at Rabat Royal Palace, several new ambassadors in the diplomatic missions of the Kingdom, to whom the Sovereign handed their appointment dahirs. 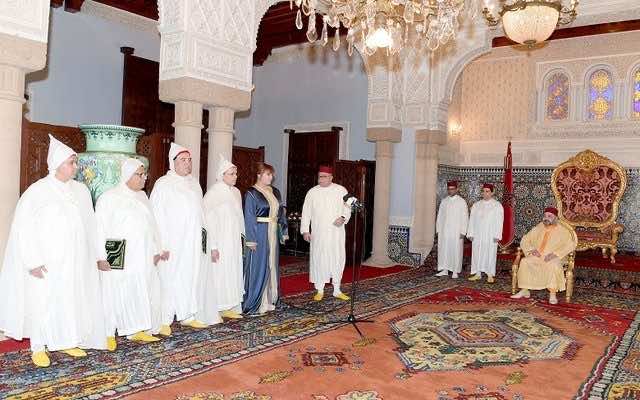 Rabat – King Mohammed VI received, on Friday at Rabat Royal Palace, several new ambassadors in the diplomatic missions of the Kingdom, to whom the Sovereign handed their appointment dahirs.

The list of the new ambassadors and their appointment dahirs is as follows:

Mustapha Mansouri, former Secretary-General of the National Rally of Independents (RNI) and former Speaker of Parliament was appointed Ambassador to Saudi Arabia to replace Hassan Baraka.

Former Moroccan Ambassador to Washington and Lisbon, Aziz Mekouar, was appointed new Ambassador to the People’s Republic of China.

Hamid Chabar, Morocco’s former Coordinator for United Mission in Western Sahara (MINURSO) was appointed Ambassador to Mauritania, succeeding Abderrahmane Benomar, who held the position for 15 years before his death.

Morocco’s former Ambassador to Portugal since 2009, Karima Benyaich was appointed Ambassador to Spain. The diplomat brings her experience in Morocco Ministry of Foreign Affairs and International Cooperation to the position, replacing her brother Fadel, who served as Ambassador to Spain for the past 10 years.

Souriya Othmani, former Consul General in Montreal between 2004-2011, and former Ambassador to Prague, was appointed Ambassador to Canada.

Hanane El Saadi, former Head of Division within the Moroccan Directorate of Cultural Cooperation, was appointed Ambassador to the Czech Republic.

Mohamed Farahat, former Second Ambassador in the Moroccan representation in Paris, was appointed Ambassador to Ghana, replacing Hamid Chabar, who was newly-appointed ambassador to Mauritania.

Attar Boughaleb, former journalist and Counselor at the Moroccan Embassy in Madrid, was appointed Ambassador to Cuba.

Omar Zniber, former Ambassador to Morocco in Germany, has been appointed permanent representative of Morocco to the United Nations in Geneva.

Previously a member of the Moroccan consulate in Strasbourg and former Moroccan Representative to the UN in New York and Washington, Mohammed Arrouchi was appointed permanent representative of Morocco to the African Union.

Afterwards, the new ambassadors were sworn in before the King.

The audience was attended by minister of Foreign Affairs and International Cooperation, Nasser Bourita, and the King’s Chamberlain, Sidi Mohamed El Alaoui.