Rabat - Prominent Algerian singer Cheb Khaled has once again shared his lifelong passion for Morocco and the hospitality and openness of its people during an interview that aired Algerian television.

Rabat – Prominent Algerian singer Cheb Khaled has once again shared his lifelong passion for Morocco and the hospitality and openness of its people during an interview that aired Algerian television.

When asked about the friendship between Morocco and Algeria, “especially after Algeria’s vow of support to the Moroccan bid to host the World Cup in 2026,”  the musician said praised Morocco’s generosity and hospitality.

“We are brothers, we have the same traditions and we share the same language.”

Khaled told the journalist that he has “never experienced a bad situation in Morocco,” before emphasizing that the same hospitality extends to all Algerians in the North African country.

The Algerian singer, who is married to a Moroccan woman, added that if ever someone is lost, be they Moroccan citizens in Algeria or Algerian citizens in Morocco, people will not hesitate to offer help and host that person with open arms.

Khaled recalled a television special he watched about an Algerian who was lost  in Casablanca. With sparkling eyes, the singer said that when the Algerian citizen told a Moroccan national that he was lost, the man offered the best he can to help his Algerian brother without hesitation.

He also underscored Morocco’s support to its eastern neighbor in its brutal fight against French protectorate.

In an interview with Tel Quel in 2009, Khaled talked about his special relationship with the King, emphasizing that he was offered with the opportunity to meet the King before his ascension to the throne.

“I had the chance to meet the King when he was prince. Since he became King, he has not turned his back on me.”

“He often invites me to his house when I’m in Morocco,” he added. 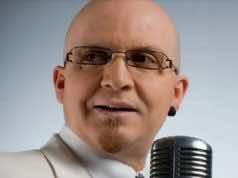