Speaking at a news conference at the end of the Dutch minister’s visit, Bourita and Blok both highlighted the strong and mutually beneficial bilateral relations between the two countries, citing the extradition agreement as an illustration of the strength and mutual confidence that characterizes the two countries’ diplomatic dealings.

At one point during the news conference, however, Mr. Blok pointed out the unresponsiveness of Moroccan officials during the Rif uprisings, suggesting that the government and its apparatus had not been effective in responding to the grievances of the people who took to the streets.

Mr. Bourita did not take kindly to the comment, quickly drawing the line between diplomatic and internal affairs. “[The situation in the Rif] is not a diplomatic question, and cannot be subject to a diplomatic discussion; it is an internal affair, and under no circumstances can it be dealt with through discussions or interaction with foreign states,” Bourita said.

He further explained that Morocco has the legal, institutional, as well administrative means and structures to handle its issues. Freedom of expression and the right to demonstration are guaranteed by Moroccan law, Bourita stated, adding that these rights should be enjoyed within the framework defined by Morocco’s legal and institutional structures.

“Morocco has a transparent legal system that ensures equity and equality before the law,” Bourita elaborated, hinting that if the relevant authorities conclude that there were abuses and violations during the Rif uprisings after due process, then Moroccan institutions will adequately respond to hold perpetrators accountable.

Regarding the socio-economic aspects of the situation, the foreign affairs minister stressed the country’s recent economic reforms, especially massive investments in the historically-unprivileged and undeveloped regions. He stressed that Morocco’s current economic reforms involve all its regions, and the country has competent authorities to oversee and implement those reforms as expected.

“Morocco does not need lessons from anyone, nor should discussions on this topic involve other countries,” he concluded. 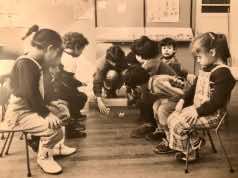