Rabat - In a bid to redeem the country’s image and soothe the increasing ire of many sub-Saharan leaders, Algeria’s Interior Minister, Noureddine Bédoui, recently paid a working visit to Conakry, Guinea. 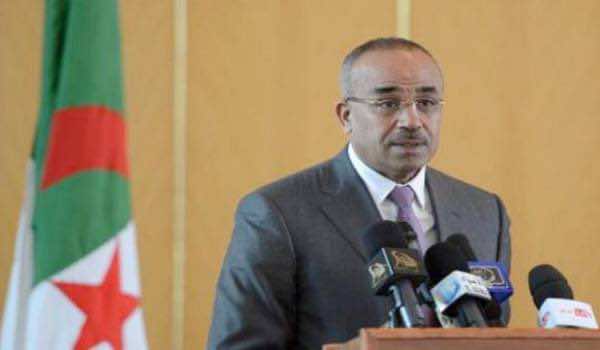 Rabat – In a bid to redeem the country’s image and soothe the increasing ire of many sub-Saharan leaders, Algeria’s Interior Minister, Noureddine Bédoui, recently paid a working visit to Conakry, Guinea.

During his 72-hour visit to the West African country on April 16-19, the Algerian Minister met with his Guinean counterpart, Abdoul Kabele Camara, to discuss immigration and the reported mistreatment of Guinean nationals living in Algeria.

For many such commentators, Algeria’s seems to have stepped away from its massive and constant expulsions of sub-Saharan migrants, which have provoked many sub-Saharan governments, and engage in a diplomatic reorientation.

However, not all nations are willing to make amends quite yet.

The leading Burkinabé newspaper, Le Pays, writes that “Algeria’s diplomatic jolt is a bit of a smokescreen,” an insincere move that has been a difficult sell for Algeria’s southern neighbors.

The newspaper went on to characterize Mr. Bédoui’s 72-hour working visit to Guinea as a grand misstep in Algeria’s quest for continental clout. With more than 28,000 sub-Saharan migrants inhumanely deported or expelled from Algeria so far, Algiers cannot possibly expect West African leaders to believe that the nation is turning over a new leaf at this point, the report added.

Furthermore, the daily underscored critics who point to Algeria’s protections for militants and criminals such as Iyad Ag Ghali, who wrought havoc and destitution in some areas on the continent.

Concluding the article with a hint of ironic curiosity, the daily asked: “Is Algeria seeking to redeem itself, sanitize its image?”

Le Pays answers its own question, hinting that the country’s negative image, combined with Morocco’s deep-rooted presence in the region, may just prove to make Mr. Bédoui defunct at the outset.