During his presentation, Lekjaa underscored the assets that would make Morocco an ideal host country for the tournament. He emphasized the Moroccan bid as a symbol for all of Africa and affirmed that Morocco 2026 meets FIFA’s technical requirements.

Lamia Boutaleb, the Secretary of State to the Minister of Tourism, Air Transport, Crafts and Social Economy, responsible for tourism and a member the Morocco 2026 bid Committee, presented Morocco’s logistical and organizational capacity to host the World Cup.

In an interview with AFP, the CAF president promoted the North African bid, stressing that Morocco’s bid would serve the interests of Europe at different levels, due to its time zone and the short travel distance between European countries and Morocco.

The African bid has the support of many countries, including European countries. The bid committee is looking forward of collecting more support from all corners of the world to be eligible to host the tournament.

The countdown for the vote, which will take place officially on June 13 in Moscow, has already begun, with 211 national soccer federations from around the world pledging support to their favorite bids.

FIFA and the voting federations will decide the winning bid based on several criteria, including,  hotel facilities, infrastructure, and commercial capacity. 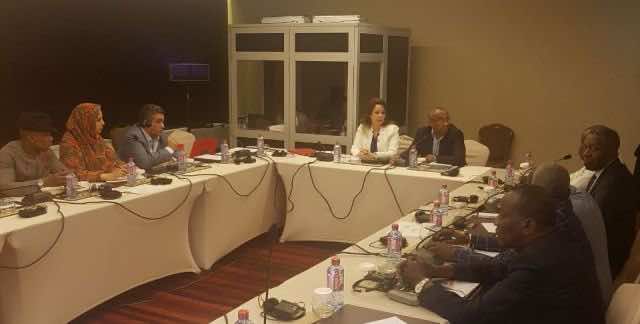