Rabat - Buffon has clarified his situation with Mehdi Benatia. 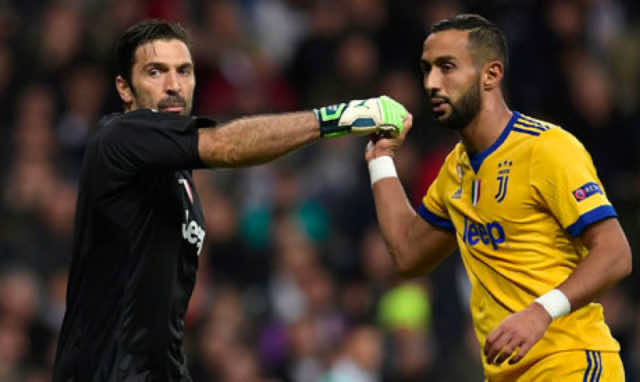 Rabat – Buffon has clarified his situation with Mehdi Benatia.

The Moroccan-French football player Mehdi Benatia continues to make the headlines following the Juventus losses. After being targeted by the media for the “controversial penalty” story, the captain of the national team is dealing with another bash.

Yesterday, several Italian media reported that the captain of Juventus, Gianluigi Buffon spoke out against the Atlas Lion, throwing shade after the team’s Naples defeat.

Buffon reportedly returned to the locker room at the conclusion of the game and poured out his frustrations over the loss to his teammates, including Benatia.

Benatia did not appreciate Buffon’s criticism, allegedly raising his tone in response, according to Italian press, including Tuttosport, which reports a violent altercation between the two players.

According to the Italian press agency EFE, no fight broke out in the locker room between Benatia and the Italian player.

“This is clearly invented gossip over the defeat of a team, they want to destabilize the team and make us lose our trust and unity,” said Buffon, denying that he blamed Benatia for the team’s defeat by Napoli.

Buffon went on to define his teammate as a “very respectful” person on and off the field.

Since he has been living in Italy, the Moroccan football player has dealt with criticism.

A week ago, the Juventus defenseman was harshly criticized by Italian comedian, Maurizio Crozza, following the Real Madrid-Juventus confrontation.

In 2017, he was called a “Moroccan sh*t” on his headphones in the middle of the interview.

Benatia, 31, has spent most of his career in Italy, where he has played for Udinese, AC Roma, and Juventus. He joined the latter two years ago on loan from German football giant Bayern Munich.

“El Capitano” must keep his head in the game, given the three fast-approaching pre-World Cup friendly games ahead. Leading the Atlas Lions, Benatia will battle the Ukrainian, Estonian, and Slovakian teams only a week prior to the kickoff for the 2018 World Cup in Russia.