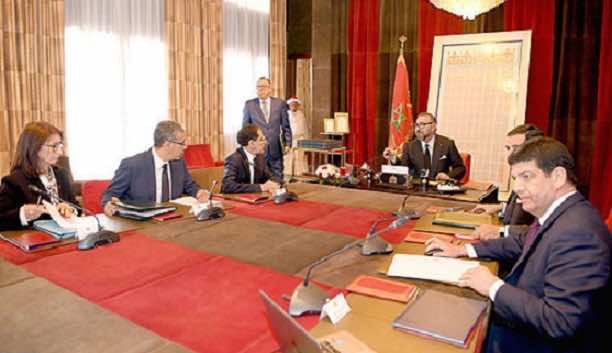 A statement from the royal cabinet said that this meeting forms part of the periodic and regular monitoring that King Mohammed VI carries out to inspect on the implementation of the projects sought by the national energy strategy.

Head of Government Saadeddine El Othmani; the King’s adviser, Yassir Zenagui; the Minister of Energy, Mines and Sustainable Development, Aziz Rabbah; the Director General of the Office National Oil and Gas Board, Amina Benkhadra; and the General Director of the National Office of Electricity and Drinking Water, Abderrahim El Hafidi.

Mustapha Bakkoury, President of MASEN, presented the monarch with forecasts for the entry into service of the Noor solar power plants during 2018, particularly Noor Ouarzazate II and Noor Ouarzazate IV, which will be operational as of May 2018.

Noor Ouarzazate III will be operational in October 2018, which will make it possible to finalize the Ouarzazate integrated solar complex in accordance with the initial commitments.

Meanwhile, Noor Laayoune I and Noor Boujdour I will be operational in June in 2018.

At the meeting, the King expressed his satisfaction with the progress made to date, and instructed the institution to maintain and strengthen its mobilization in the sector, to make it an economic engine of the country.