Rabat - Amid Trump’s comments on the 2026 World Cup race, FIFA told Morocco World News that it “cannot comment on specific statements in connection with the bidding process.” 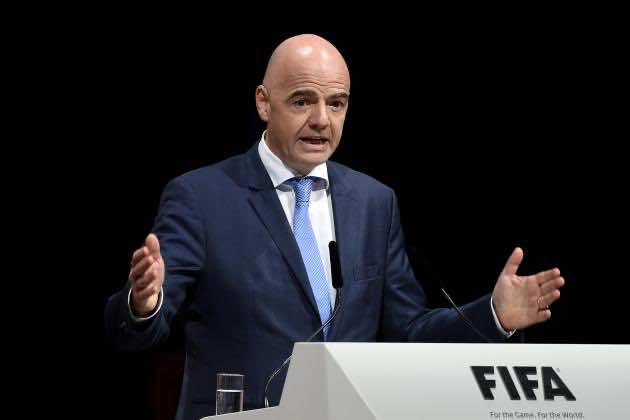 Rabat – Amid Trump’s comments on the 2026 World Cup race, FIFA told Morocco World News that it “cannot comment on specific statements in connection with the bidding process.”

Trump said on Thursday that the US “put together a Strong bid” with Canada and Mexico to host the 23rd tournament in the World Cup, before attempting to bully countries into supporting United 2026.

The president threatened to cut the US support from countries that will not back the US bid and its decisions.

Earlier today, MWN asked the world governing football body about its stance regarding the tweet.

According to FIFA’s regulations, political repercussions and interference are illegal, as national football associations are supposed to be independent of political activities.

“We can only refer to the FIFA Regulations for the selection of the venue for the final competition of the 2026 FIFA World Cup, and in particular to the Bid Rules of Conduct incorporated there in,” FIFA told MWN.

Trump’s statements came ahead the FIFA Congress vote, scheduled to take place in Moscow on June 13, when 211 football federations will vote for their favorite bid to host the 2026 World Cup.

The US president also referred to the countries that do not support the US decisions at the United Nations. Trump was undoubtedly referring to some countries’ stance on the Jerusalem question, following his decision last December to announce Jerusalem as Israel’s capital and to relocate the US embassy from Tel Aviv.

Countries from all the corners of the world have already promised support for the Moroccan bid, including Saint Lucia, Qatar, Botswana, Nigeria, Kenya, Belgium, France, Egypt, and Tunisia.