Rabat- Damning accounts against the Islamic scholar Tariq Ramadan continue to pile up. 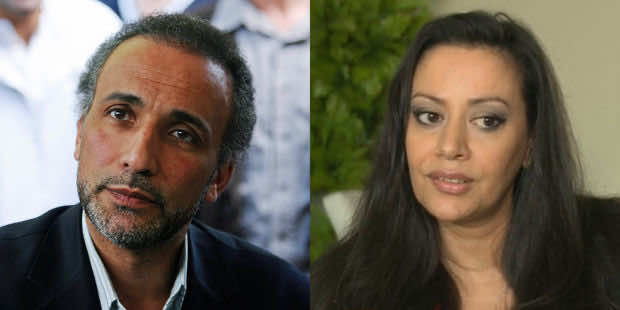 Rabat- Damning accounts against the Islamic scholar Tariq Ramadan continue to pile up.

In a recent interview with the Belgian channel RTL-TVI, Majda Bernoussi, the Belgian-Moroccan woman who claims to have been Ramadan’s mistress for five years, recounts her psychological ordeal for the first time after three years of silence.

Bernoussi is the first women to denounce Ramadan’s misconduct towards women in a 2014 video, in which she described her relationship with the Islamologist as “destructive,” and referred to Ramadan as “a manipulator.”

At the time of the video’s release, she promised to lead a “real fight” against the Islamologist and claimed that he had “trapped” several women. In 2015, the woman created multiple online publications, questioning Ramadan’s actions towards women. She also posted many videos explaining her hardship  at the hands of the “intellectual” man.

An investigation between Mediapart and the Belgium website le Vife discovered earlier this month that Bernoussi was given a large sum of money– EUR 27,000–in exchange for her silence. In exchange, she pledged not to defame Ramadan on the internet or to send “insulting and/or threatening messages” to the Islamologist and his relatives.

The 45-year-old woman has not yet filed a complaint. However, she decided to overcome her fear and recount publicly her relationship with Ramadan, which she describes as “toxic,” claiming she had been a victim of psychological abuse.

“Tariq Ramadan is an extremely unhealthy predator and manipulator,” Bernoussi says, adding that “in real life, he is a real barbarian, both intellectually and physically.”

For Bernoussi, behind the camera lies a “pervert man who uses religion to manipulate and abuse women.”

“His ethics, his morals, his faith, he reserves them to the camera. Out of the public eye, he is just the opposite… He believes in nothing and even less in God. He talks about God only when it comes to manipulating us, apart from that, it’s never mentioned and he does exactly what he wants,” she added.

The 55-year-old theologian has been detained since February for his alleged sexual misconduct in France, following two accounts of rape filed against him in 2017. Last month, a French woman of Moroccan origin also filed a rape claim against Ramadan.

Up until now, the Islamologist denied having any relations with the first two women who accused him of rape. When confronted with the third woman’s evidence, he admitted to having consensual sexual relations with her, denying any coercion.