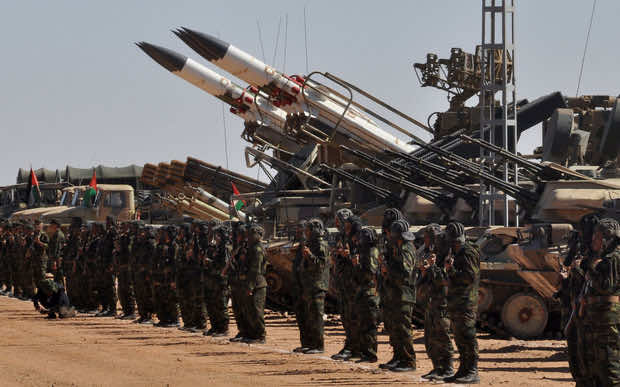 Morocco’s Minister of Foreign Affairs and International Cooperation, Nasser Bourita, stressed that Hezbollah military officers have traveled to Tindouf camps in Algeria to train military leaders of the separatist Polisario Front to use SAM-9 and anti-aircraft missiles.

Bourita said that cutting ties with Iran is not related to the situation in Syria or Middle East.

“This decision was not taken under influence or pressure,” said Bourita during a meeting with representatives of the national and foreign press, recalling that “[Morocco] had resumed diplomatic relations with Iran in 2014, while it was a crisis with countries that have friendly relations with Morocco.”

“When it comes to its territorial integrity, its national security and the security of its citizens, Morocco can only be firm and makes clear decisions,” said the Moroccan official.

Bourita said that Morocco would close its embassy in Tehran and expel the Iranian ambassador from Rabat.

The minister said in his announcement that Morocco “has evidence that the Teheran-backed Lebanese Shiite militant group, Hezbollah, is arming and training the separatist front through the Iranian embassy in Algiers.”

“Morocco has strong [and indisputable] proof, including names and specific incidents, that indicate that Hezbollah is logistically and strategically supporting the Polisario Front,” the minister explained.

“Hezbollah’s actions seek to undwermine Moroccan interests and constitute an attack on the country’s territorial integrity.”

Bourita said that the Iran-backed Hezbollah sent military officials to Polisario, provided the front with weapons, and trained its troops on urban warfare.

Although the two countries later resumed their bilateral relations 5 years after the first rift, in 2014, ties between them were never sturdy, in part because of Tehran rivalry with Saudi Arabia, Morocco’s utmost ally in the Arab world.