Rabat - For the past ten consecutive days, Moroccans have been boycotting the products of three major companies that have been monopolizing the Moroccan market for decades. 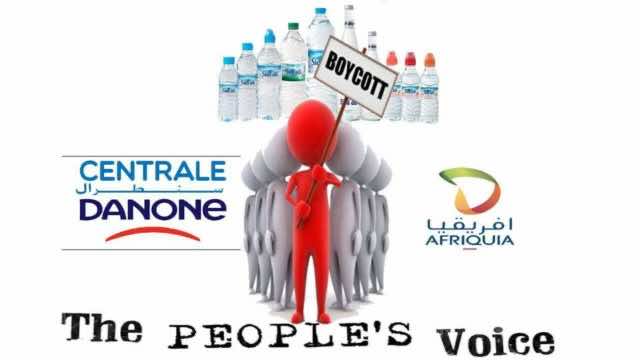 Rabat – For the past ten consecutive days, Moroccans have been boycotting the products of three major companies that have been monopolizing the Moroccan market for decades.

The companies own and operate some of the most popular brands in Morocco, including Centrale milk and yogurt products such as Raibi Jamila and dan’up; Sidi Ali, Oulmes, and Ain Atlas bottled waters. Afriquia Gaz also operates gas stations, attached to popular shopping centers like Marjane and at rest areas alongside Morocco’s highways.

For ordinary Moroccans, these companies have failed their customers due to unjustified price increases and corporate policies aimed at benefiting owners and shareholders at the cost of consumers and vendors.

Since its inception, the boycott has caused the concerned companies’ market shares to shift in their competitors’ favor. In the case of Central Danone, some small local companies and cooperatives have been reaping the benefits of their counterparts’ losses and increasing their market shares and their distribution outreach.

Moroccans have been posting and sharing several funny videos on social media to increase awareness of the issue, mock the poor response of the companies, and spread their message in the face of the defiance and ignorance they faced from upper company management.

While the length of the boycott was initially scheduled for one month, many are calling for a permanent boycott in order to break down the monopoly and improve the competitiveness of local companies. In the case of Central Danone, an extension of boycott would seriously damage the company’s revenue, as the holy month of Ramadan–the month with the highest dairy sales tied to fasting practices–is only two weeks away.

While many have applauded the success of the boycott, the companies are still struggling to contain the crisis before they lose a grip on a market they took for granted for so long.

What is next for these three major companies in the Moroccan market: will they reconcile with their nationwide angry customers, or will this ban serve as an opportunity for other competitors to emerge as strong key players, filling the void left in the giants’ wake?