Rabat - Angry comments of Moroccan football fans have not gone unnoticed. The German-based multinational corporation, Adidas, will release a new design of the official kits of the Moroccan national team for the 2018 World Cup. Adidas will release the new design between May 22-24. 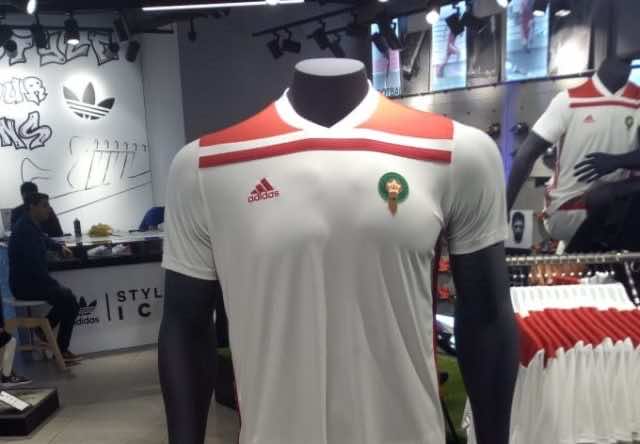 Rabat – Angry comments of Moroccan football fans have not gone unnoticed. The German-based multinational corporation, Adidas, will release a new design of the official kits of the Moroccan national team for the 2018 World Cup. Adidas will release the new design between May 22-24.

In an interview with Moroccan TV channel 2M, FRMF spokesman Mohamed Makrouf announced that the new design is being prepared and will be officially released between May 22-24.

The official kits for the Moroccan team shall be featured during a press conference in the presence of media and a group of Moroccan footballers.

In recent weeks, Moroccans have been expressing their anger over the Adidas design for the Atlas Lions jerseys. The public has shaken networking services, including Twitter and Facebook, mocking the uniforms.

Moroccan football fans were not the only ones to denounce the Adidas design kits. Former Moroccan footballer Abdeslam Ouaddou also voiced his concern over the kits, asserting that they require further development. Slamming Adidas, Ouaddou said that the company should have devoted more time and energy to an appropriate design suitable to the Moroccan public.

After the online storm, news sources speculate that FRMF president may cancel the contract with Adidas for non-compliance with the contract term, according to Moroccan newspaper Assabah.

Citing Adidas’s concerns, Al Massae added that there might be “counterfeit duplication of the kits” if uncovered before the opening of the Russia FIFA tournament.

Adidas unveiled the first version of the kits on April 26. The jerseys are simple: mostly white with accents red and green, representing the Moroccan flag.