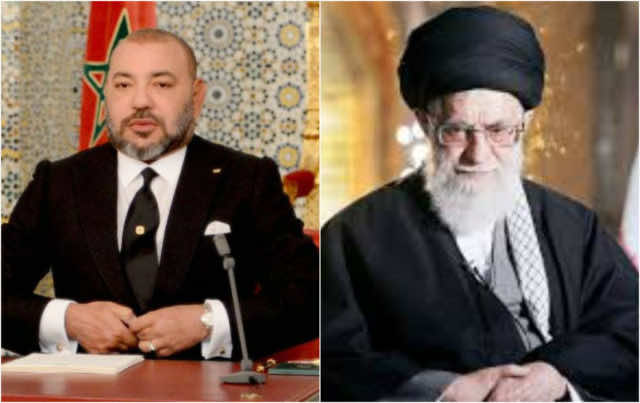 By
Hassan Masiky
-
Hassan Masiky was born in Kenitra, Morocco, and is based in Washington as a blogger and freelance writer.
May 7, 2018
Spread the love

The reluctance of certain supposed friendly government, namely Russia, to understand Morocco’s predicaments at the UNSC was a testimony that the Moscow-Tehran-Damascus axis would back ally Algeria at the expense of Morocco regardless of Rabat’s good relations with the Russian Federation.

Rabat’s sobering diplomatic quagmire at the U.N.  was the catalyst behind the conception of a new geopolitical view.  A view that matches the tough, rough and take-no-prisoners attitude of Saudi Arabia’s deputy crown prince, Mohammed bin Salman (MBS).

Since King Mohammed VI’s goodwill diplomatic détente with Algeria seemed to hit a brick wall, Moroccan officials decided to raise the tone and went into the attack confronting enemy governments.

Consequently, the kingdom’s decision to cut ties with Iran is part of a larger plan to reshape Morocco’s foreign policy tactics. It became evident to  Rabat the importance of belonging to a coalition of countries that would back its positions when it matters the most.

In brief, Morocco espouses M.B.S. aggressive anti-Iran policy and puts the spotlight on Algeria’s support of the Mullahs, Hezbollah and Bashar al-Assad. Moroccans stand firmly behind their allies who form the American-Saudi-Emirati alliance. Saudi support to Morocco, at this sensitive phase of the Sahara conflict, is crucial and imperative under the leadership of M.B.S.

Algeria’s long-running record of supporting unsavory governments went unchecked for years. Nevertheless, with the arrival of M.B.S. on the scene, it is time for each country to choose a camp.

The policy experiment of using the Polisario to harass Morocco has failed. Today, the Algerian military has to stand along Iran, Hizbollah and Bashar al-Assad and answer for Tehran’s belligerences around the world.

While the facts that Iran sent advance weaponry to the Polisario separatist movement fighting Morocco on behalf of Algeria and that Hizbollah is training fighters in North Africa are in dispute, the reality that Iran and its proxies remain the forces that fuel Algeria’s war against Morocco is undisputable.

Last month when the UNSC veered toward the Algerian version, it was the United States and France that came to the rescue. Thus, the Trump admiration and President Macron are Morocco’s true friends and their agenda should be sustained.

For many Moroccans, pictures of Polisario missiles paraded on or near Algerian territory and shown with pride on Algerian national television is a constant reminder of the war threat coming from the eastern borders. After all, these surface-to-air missiles (SAM) were paid for and transported by Algerians for the purpose of hurting Moroccans.

Last month, the Moroccan-Algerian relations reached dangerously high levels when Morocco threatened military actions to repel Polisario militia who infiltrated the UN-patrolled buffer zone in Western Sahara. It is depressing to write but the fact is, in case of war, Morocco will lean on the Saudis and the Emirati to help against the Algerians and their supporters.

Therefore, Iranian Scud missiles attacks fired by the Houtis in Yemen on Saudi capital Riyadh is an attack on Casablanca. Furthermore, the Iranian threat to the security and stability of Bahrein and Shia’ s on-going interferences in the affairs of Iraq, Syria and Lebanon represent a clear and present danger to the stability of the region including North Africa.

While this crisis must be resolved completely through trilateral meeting among Morocco, Algeria and the Polisario, Rabat needs to prepare for the eventuality of armed hostilities no matter how unlikely it could occur. Standing with M.B.S. gives Morocco a solid cover when push comes to shove.