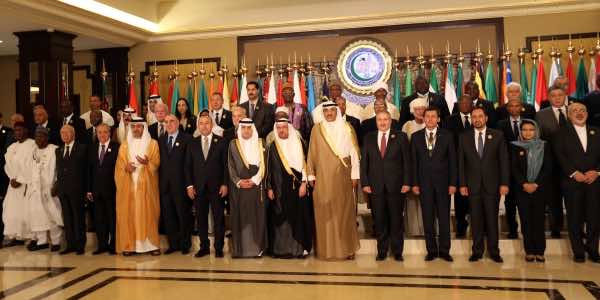 The decision to support Morocco’s bid took place during the 45th Session of the Council of Foreign Ministers of the OIC held in Dhaka, Bangladesh, on May 5-6, with Morocco ’s participation.

The OIC includes 57 member states from all corners of the world, including Europe and Asia.

OIC also includes Saudi Arabia, which has not yet decided which bid it will support. In a recent interview with CNN, the head of Saudi Arabia’s General Sports Authority Federation Turki Al-Sheikh emphasized that the Saudi vote will be cast in its best interests.

Speaking about the United 2026 bid, Al-Sheikh said that the US is Saudi Arabia’s “biggest and strongest ally,” commending the 1994 World Cup in the US for generating a massive number of soccer supporters.

The Saudi official implied that Saudi Arabia’s vote will go to the US.

When Beki asked him directly if he was referring to supporting the North American bid, Al-Sheikh answered: “You are intelligent Beki. You can read between the lines.”

It remains to be seen whether Saudi Arabia will support Morocco’s bid or that of its “strongest ally,” especially after Donald Trump’s now-infamous threatening tweet.

In his tweet, Trump said “would be a shame if countries that we always support were to lobby against the U.S. bid.”

Less than two months before the final vote to host the World Cup, Morocco was able to gain the support of several African, Arab and even European countries: France, Belgium, Russia, Luxembourg, and Serbia have already publicly endorsed Morocco 2026.

On April 15, Arab nations buoyed Morocco’s hopes to host the World Cup during the 29th Arab Summit, which took place in Saudi Arabia.

The summit, which saw the participation of Morocco’s Prince Moulay Rachid,  voiced unanimous support for Moroccan 2026 “and called upon all states to provide full support for Morocco,” Moroccan Minister of Foreign Affairs Nasser Bourita told the press after the symposium.