Rabat - After being denied press cards by the Ministry of Culture and Communication, Yabiladi can finally breathe. As for LeDesk, the French media is still waiting to receive official acknowledgement of their press presence in the kingdom. 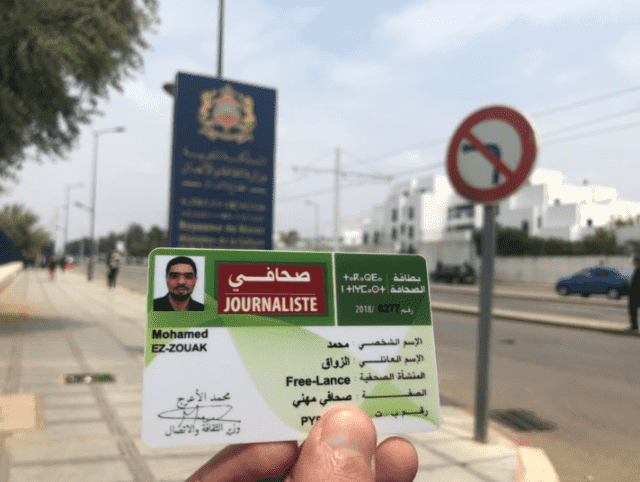 Rabat – After being denied press cards by the Ministry of Culture and Communication, Yabiladi can finally breathe. As for LeDesk, the French media is still waiting to receive official acknowledgement of their press presence in the kingdom.

“Historical. 7 months of waiting and it took only 48 hours for the Twittoma to speed things up. Thank you for your mobilization to ball, thank you to the friends who supported me and thank you to the Head of gov for his intervention,” tweeted CEO of Yabiladi, Mohammed Ezzouak, this morning. 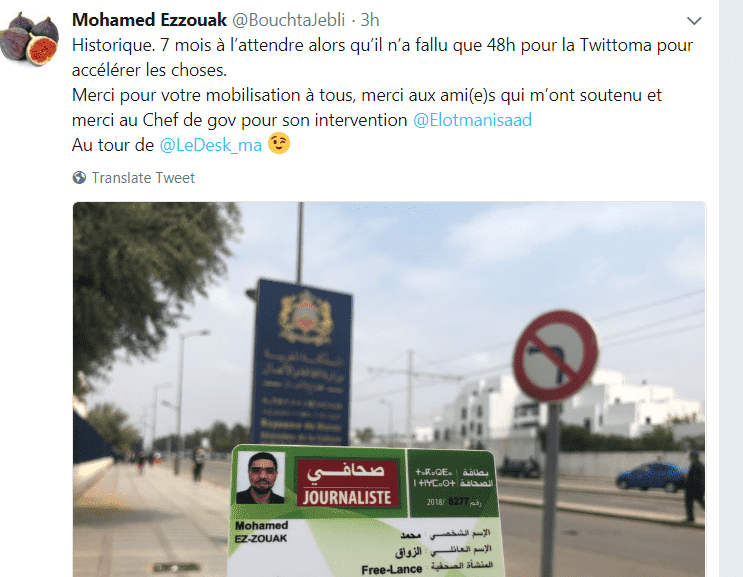 On Friday, an unknown source leaked a list of online media outlets authorized by the Ministry of Culture and Communication.

Yabiladi CEO Mohammed Ezzouak announced Friday on his Twitter account that the government refused to give press cards to journalists of Yabiladi and LeDesk.

“The Ministry of the Com confirmed to me yesterday that we were not entitled to have press cards. 10 journalists who did not find favor in their eyes,” wrote Ezzouak, adding that since press cards are obligatory, he would have to shut down Yabiladi to avoid working illegally.

LeDesk also confirmed the information, but thanks to public support, they have been contacted by the Minister of Communication, who promises to address their situation.

Social media users, journalists, and media influencers were outraged that the ministry denied press cards to two of the most influential media outlets in Morocco.

“I invite readers of both sites to express their support by sharing the reasons why they read them, their stories or their experiences with these two media with hashtags #JelisYabiladi #JelisLeDesk,” wrote Reda Zaireg, a political journalist. 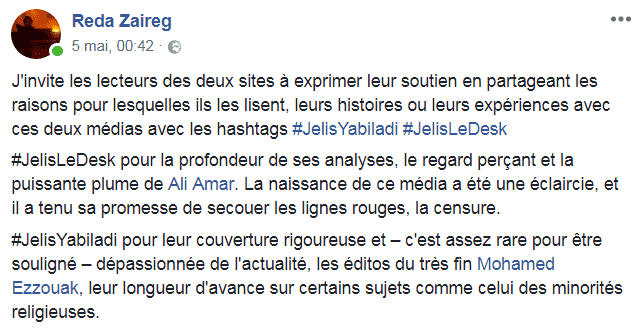 Called out by Twitter users, Head of Government El Othmani assured the public that he will be working on “fixing the problem.” 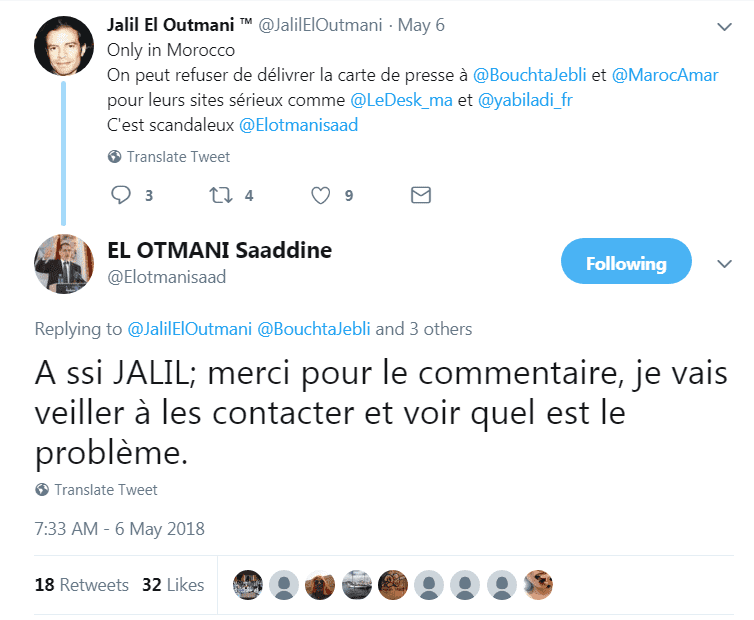 Yabiladi and LeDesk are not the only outlets who have dealt with this issue, as other online media organizations remain in a delicate situation. On Twitter, Médias24 claims to have received only 4 press cards for 12 journalists. 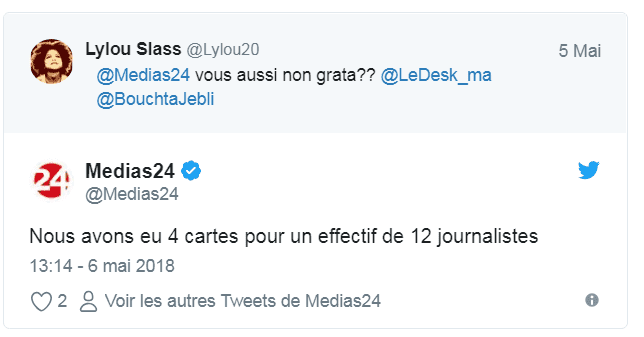