Rabat - Jamel Debbouze is happily wedded. The French-Moroccan comedian and his wife Melissa Theuriau have been in the land of sweet romance for a decade now. 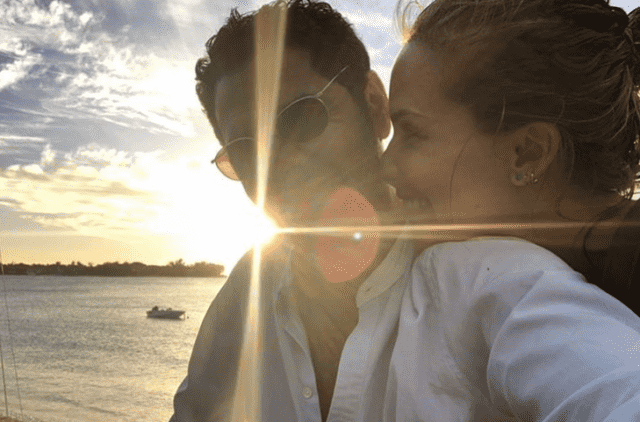 Rabat – Jamel Debbouze is happily wedded. The French-Moroccan comedian and his wife Melissa Theuriau have been in the land of sweet romance for a decade now.

For their 10th wedding anniversary, Debbouze wanted the world to know how much he loves his wife. “10 years of love,” wrote the comedian to his 1.1 million followers on Instagram, capturing a beautiful moment with his sweetheart.

Jamel Debbouze tied the knot with French television host Melissa Theuriau in 2008, in both Paris and Marrakech. They are the happy parents of Léon, 9, and Lila, 6.

“The first time I saw her was on television,” recalled the actor in a 2015 interview on French television show “Vivement Dimanche.”

“I met her officially on the set of ‘Asterix at the Olympic Games,’ where I was acting. She was there because she was doing an interview. In that moment I knew my life will change,” added the actor of “Les indigenes.”

After six years’ absence, Debbouze has made a successful return to his favorite playground: the stage. Open with his audience, the 42-year-old comedian talks candidly about his fears, his role as a father, and his career.

Last month, the Moroccan entertainer was nominated for the prestigious “Molière of Humor” award by the Academy of Molières, where he will represent his show. The Paris native has starred in many movies, including the historical movie, Days of Glory, which he also co-produced in 2006.

Debbouze inaugurated his own comedy club in 2008, opening opportunities for amateur stand-up comedians.

Every year, the comedian organizes “Marrakech du Rire,” which serves as a “link between cultures,” uniting hundreds of stand-up fans for the world’s premier Francophone stand-up comedy festival.